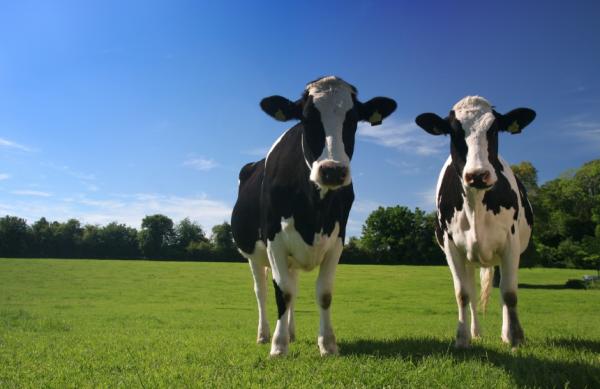 As one of the World’s leading agricultural producers, farmers of New Zealand have a serious dual responsibility to both customers and the environment. Working hard to keep up with accelerating global demand, they must also satisfy growing consumer preferences for clean, green products. New Zealand’s lakes, rivers, coastlines and atmosphere have long been subject to the environmental impacts of intensive farming. The agriculture sector is New Zealand’s largest single source of greenhouse gas emissions, comprising approximately 49 percent of our total emissions.

This is where high sugar grass, or HSG, a special ryegrass distributed in New Zealand and other countries by Germinal Seeds NZ Limited, is making a huge contribution to reducing the carbon footprint of sheep, cattle and dairy farms.

Cows typically utilise only 20 percent of the nitrogen in standard ryegrass – the rest passed as waste. The higher sugar content of HSG delivers a bigger hit of energy to ruminant animals. It is digested more efficiently and completely by the animal’s rumen, resulting in more meat and milk production, and less nitrogen and methane waste ‘out the back’. High sugar ryegrass therefore has significant environmental benefits to New Zealand, a country populated by more dairy cows (4.8 million) than there are people.

The improvement of the “nitrogen use efficiency” of ryegrass has taken 30 years to develop using a recurrent selection process that ensures only those plants having all the desired traits are taken through to the next generation by the biological, environmental and rural sciences team at Aberystwyth University in Wales (hence the name AberHSG). Partnered at an early stage by Germinal NZ’s UK-based parent Germinal Holdings Ltd, they produced the world’s first commercially available diploid, perennial, high sugar grass variety, named AberDart, in 2000. Today AberDart is grown as high production pasture in 17 countries. The plant breeding team has since developed more AberHSG varieties and is now working on a high sugar grass to further boost the activity of rumen microbes converting grass protein into animal protein.

While different interventions, usually requiring extra input and costs on the farm, are being sought to enable NZ to reduce its greenhouse gas emissions by 10-to-20 per cent below 1990 levels by 2020, AberHSG grass is offering farmers a practical, proven and mutually beneficial way to help reach that target.

High sugar grass could just about be the poster child for Green Growth in New Zealand. Clean waterways, minimised emmissions, and a highly productive farming sector are all crucial aspects to the livelihoods of New Zealanders, and HSG is demonstrating positive impacts to all three.

More testimonials from NZ farmers in regard to AberHSG pasture and livestock response can be viewed here.

According to a 2011 report from the UK’s Department for Environment, Food and Rural Affairs, there’s a 24 percent reduction of nitrate loss from cows eating Germinal’s perrenial AberHSG varieties and a 20 percent reduction of methane for each kilogram of liveweight gain for lambs.

The results reflect the outcome of IBERS (Institute of Biological, Environmental and Rural Sciences) grazing trials in the UK that demonstrated 20% higher daily weight gains for lamb and beef production, and 6% more milk per cow over a whole grazing season.

Just as appealing to the farmer is the fact that these commercial and environmental gains can be achieved without the need for farm system intensification or costly interventions.

The future for AberHSG looks promising. In response to increasing consumer awareness of the environmental options, the second biggest UK supermarket chain, ASDA, a subsidiary of Walmart, has begun advising its 13,500 farmers to switch to AberHSG pasture to reduce CO2 emissions from their herds – a 20 percent reduction for those farms, equivalent to taking 78,000 cars off the road.

ASDA estimates a payback to its farmers of about NZ$20 million in extra revenue after the first year of AberHSG pasture renewal, of 10 percent of each farm, and an extra $100 million annually after the fifth year when half their pasture is replanted.

While AberHSG is a UK-based business, New Zealand scientists have been engaged by subsidiary Germinal Seeds NZ Ltd to further test this new ryegrass in local conditions – a current project is comparing the digestibility of AberHSG and other ryegrass varieties. Also significant is that approximately half the AberHSG seed being sown by British farmers originates from AberHSG seed crops grown in Canterbury, New Zealand.