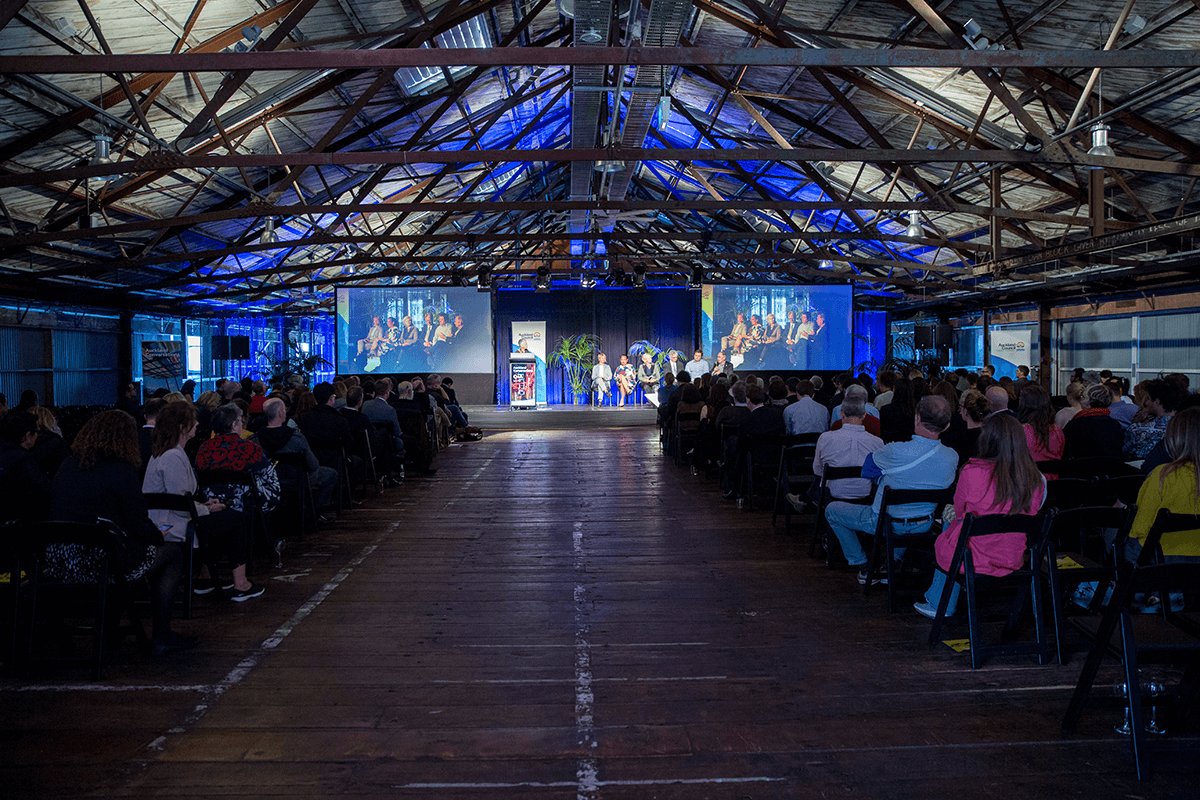 The Evolution of Communicating Environmental Reporting

Key findings of ‘Our atmosphere and climate 2017’ report from Ministry for the Environment on Vimeo.

In short, the report shows that greenhouse gas emissions are increasing both domestically and globally, New Zealand’s climate is warming and quickly (1°C over 100 years is a rapid change), this warming is impacting our taonga like the tuatara and glaciers (25% glacier volume lost since 1977), and our oceans are rising and increasing in acidity.  There has also been a 98% reduction in ozone-depleting substances (CFCs and HFCs) in the last 30 years. Thanks to global action the ozone hole is expected to stop forming by the middle of this century.

Under the Act, a report is produced every six months on the state of a different part of our environment (land, air, marine etc), and a report on the environment as a whole produced every three years.  These reports take a ‘pressure, state, impact’ approach – meaning they analyse the situation but do not offer recommendations or evaluate policy and are independent of the government of the day.

The strong partnership with Stats NZ means we’re able to produce really robust and trusted data, which supports a vibrant subsequent conversation on the response to the environmental issues.  Another benefit of this partnership is that it means we can focus on the findings and not on people challenging the numbers.

But as with many things, it quickly became clear that how we communicate the reports’ findings is almost as important as their content.  That’s especially true if the audience for the reports is defined as all New Zealanders, which it is.  It’s not just for scientists or policy analysts. 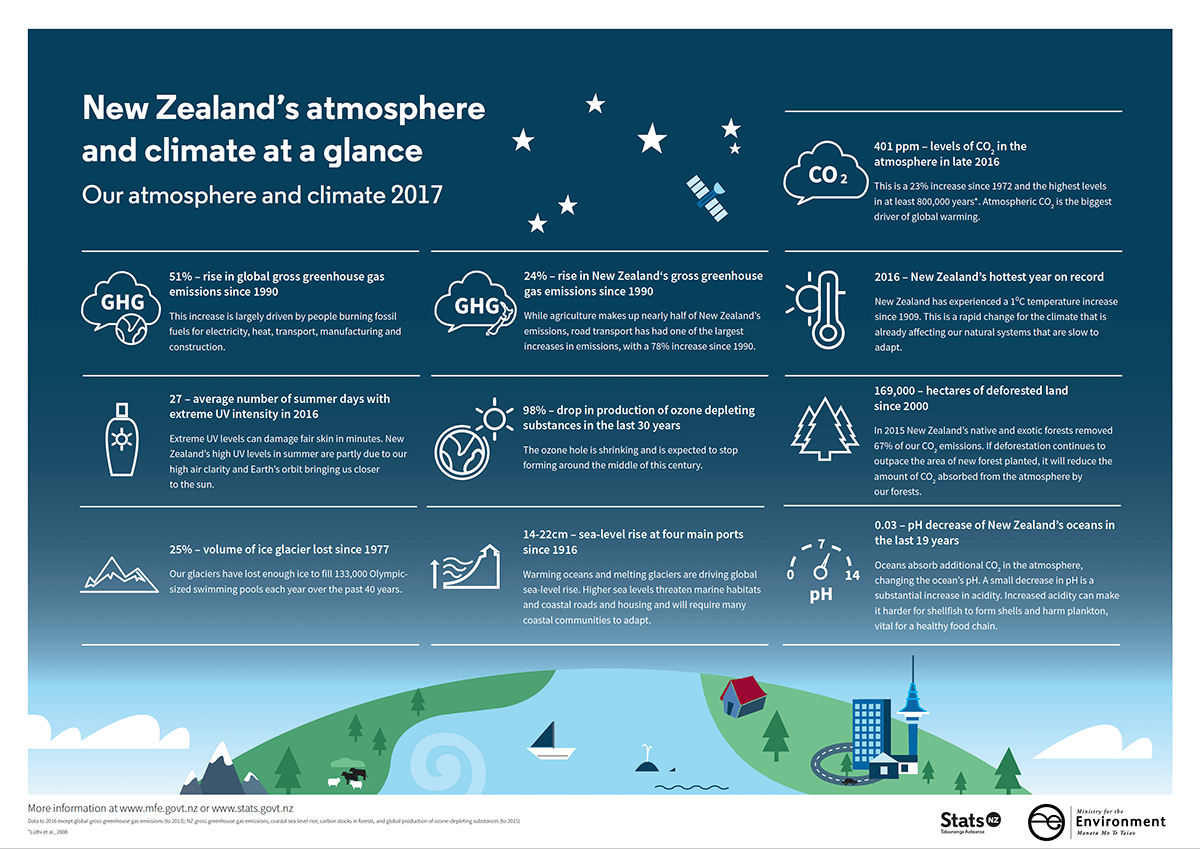 So in the time that we and Stats NZ have been working together, the communication and engagement aspects of environmental reporting have evolved and grown significantly.

That evolution began with a reassessment of what the core product was, and how it should be presented.  It rapidly moved from being mainly a scientific report to being something that’s not only accessible to the general public (i.e. an easy read) but tailored to what they might want to know.  It required a better balance of robust scientific data with digestible and useable information.  Our products are now designed to provide easily consumable information that answers the ‘so what’ question – why New Zealanders should care.

That can be a tricky ask in one document, so we now develop multiple products for multiple needs; and create more opportunities for New Zealanders to engage with the information.  That’s important if the reports are to inform an ongoing national conversation about the issues, and hopefully mobilise people to action.

So we have shifted to products that are more visually appealing and strewn with bite-sized information, so that people can either read it line by line or just flick through and still get the key findings.  As well as a more ‘easy to read’ report, we also produce infographics, bite-size data titbits for social media, video summaries, fact sheets and more.

We’ve also changed how we’re delivering the information.  It started being very media focused; with a press release and media conference being the key elements.  We still work with media to spread the story, but we’re increasingly going direct to our stakeholders and audiences, through events, social media and other digital channels.

Our short video on the findings of Our atmosphere and climate 2017, narrated with a single statement on the tangible impact of each finding, has been a powerful tool for easily bringing our audience to a place of understanding, so they can take part in the ensuing conversation about what is to be done about it. 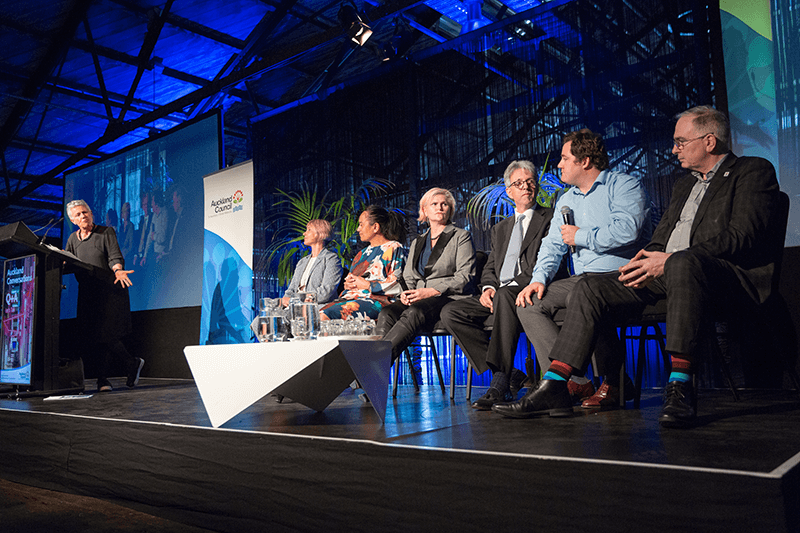 And to stimulate such a conversation we’ve recognised the need to provide a platform for it – one that is two-way and increases the visibility and accessibility of the issues. So in delivering our report this year we also partnered with Auckland Conversations – an expert panel discussion open to the public, and this year was facilitated by high profile radio interviewer Kim Hill.  A panel of entrepreneurs and innovators delivered an engaging discussion on action and opportunities to future-proof New Zealand’s economy to climate change, livestreamed on Facebook and taking questions via Twitter.

The event is an example of how we’re trying to engage differently with New Zealanders on environmental issues. It’s an increasingly ‘audience-centric’ approach.

We were extremely delighted by the engagement through this new approach – a 500-strong audience, seven questions from the floor (only stymied by the time constraints), 130 tweets over the course of the discussion, 2,500 views of our online videos, and a reach of 115,000 people on Facebook generating a 50% increase in our followers.

The feedback we’ve had has been very encouraging and we’re looking to do more of this.

The challenge will be to continue to drive improvements in our communications, especially as environmental matters become even more high profile.