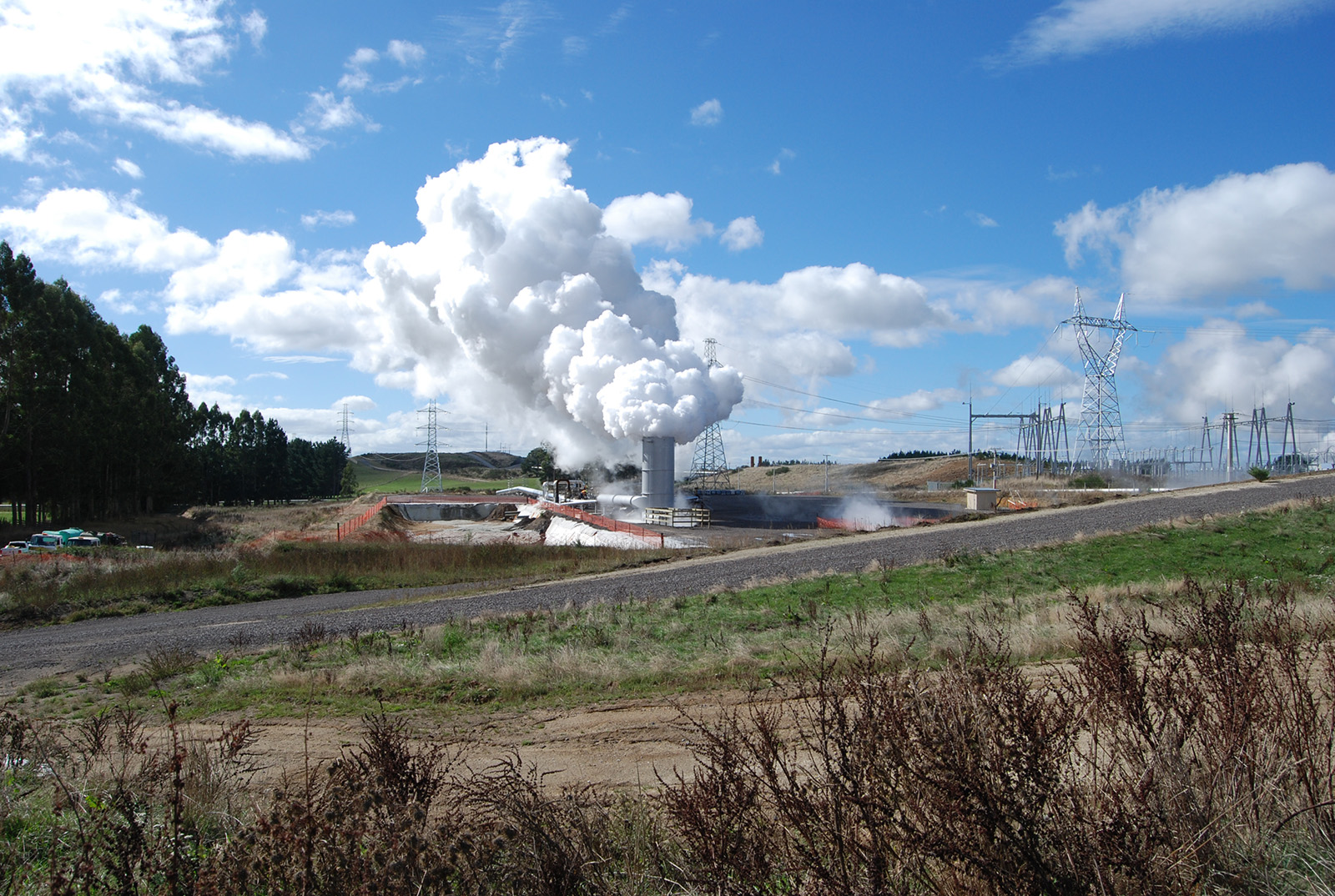 It’s cheap, sustainable, and increasingly in demand, but extracting geothermal energy from the earth’s core is no picnic. For power station operators, one of the most vexatious and costly headaches is the presence of minerals in geothermal fluids – the proverbial fly in the ointment. Silica is a particular problem, coating plant pipework and reinjection wells when the water cools. According to one study, silica scaling is capable of reducing a plant’s power generation by as much as 20 per cent, a significant handicap and a black mark in an era when making the most of our natural resources has become a mantra.

Enter kiwi startup Environmetals Ltd (EVM), which has developed a technology to extract silica and other minerals from geothermal fluid. Not only that, but the company has found a way to turn what is a blight into a potentially valuable export, with a plan to produce specialty silica products for the global market.

“In my view, in two or three years this company will be worth $150 million, in five years half a billion,” he asserts.

If it succeeds, it will be because of the demand internationally for somebody to find a solution to remove silica. Yet the company was born from a quite different set of calculations. Co-founder Mike O’Sullivan, a Mineral Technology graduate from Otago, had worked in senior positions in the global mining and minerals exploration industry for years, including two decades in Africa. Wanting to return to New Zealand, he turned his mind to environmentally-friendly mining options, according to Lea.

“He started looking at the minerals in geothermal fluids. Geothermal power companies spend about a billion dollars developing a geothermal field and the only thing they’re looking to take out of the fluid is heat. Yet that fluid is full of all sorts of minerals. Mike thought ‘Why couldn’t you set up a process for extracting the value?’ So the original company was set up to explore that opportunity, to find an environmentally friendly way of extracting metals such as lithium out of geothermal fluids.”

As he researched further, however, O’Sullivan began to realise just how much of an issue the damage caused by silica was for geothermal operators. Perversely, there is a strong correlation between the quality of a geothermal field and the level of silica in the water, according to Lea. “If you have a really good field that has high temperatures it will also have very high concentrations of minerals.”

It wasn’t always such a problem. When the geothermal electricity sector was getting started half a century ago, the focus was very much on how to develop fields and generate power. And until the last 20-odd years, it wasn’t widely recognised that by reinjecting the cooled fluid back into the earth you could maximise the resources of a field. The development of reinjection wells has highlighted the problem of silica scaling.

Lea notes that a reinjection well can cost as much as $US10 million to put down, and big geothermal operations will often run half-a-dozen wells per field. “Some operators use sulphuric acid mixed with the fluid just to stop their wells getting blocked up, but typically you only get three to five years of life out of one well, so that’s a big cost. The silica just blocks up the wells and they have to keep drilling new ones.”

Here, then, was both a problem to be solved, and a product potentially able to be sold to the world. “We saw that the industry had a problem and would pay us to take the silica out. Then we looked at the global specialty silica market to see what this stuff was worth.”

It’s worth quite a bit, as it happens, with the global silica market valued at around $US 9 billion and growing at five per cent. One particular form known as colloidal silica is used for a variety of purposes, including as a drainage aid in papermaking and as an abrasive for polishing silicon chips. Another product, precipitated silica, is mostly used for the production of “eco” tyres, which help to achieve better fuel efficiency.

The company’s patented technology is essentially an ultra-filtration process. Lea says that initially they focused on extracting every ounce of silica, using both a reverse osmosis process and ultra-filtration. “Reverse osmosis is used in the desalination industry and the dairy industry. So we weren’t reinventing the wheel, but adapting an existing technology to a new area … Yet when we looked at it further we thought ‘Why don’t we look at other processes that are lower in capital costs and simpler?’”

So they removed the expensive element of reverse osmosis and, in collaboration with a US-based company, developed a new ultra-filtration unit, he says. “That’s where the big breakthrough came.”

The company has been trialling the technology at a purpose-built pilot plant at Contact Energy’s Wairakei geothermal power station, near Taupo. As well as providing proof of concept, the plant has been aimed at producing silica samples to test the waters with potential customers. “It’s not some small lab-scale plant. Mike, with his experience of pilot plants, put in full-scale units to lessen the scale-up risk. That’s been crucial to proving it.”

The next step will be to build a commercial processing plant. Lea says the company received a Callaghan Innovation grant of $1.2 million last year, and is on target to raise $2.1 million from private sources in the most recent investment round, with another soon to follow aimed at financing the new plant, which will be located at Kawarau Power Station.

How is the company proposing to make its money? For starters, by selling its ultra-filtration units, to be built in New Zealand. “We will be selling the plants in modular form, constructing and exporting them and providing consultancy services to erect plants internationally. There will also be royalties and licensing fees for the technology.”

And, of course, they will be selling the silica products. Lea says the process the company has developed for separating out the silica is cheaper and more environmentally friendly than incumbent methods.

“The traditional way of making colloidal silica is that you take quartz sand and essentially boil it up under high pressures and temperatures using caustic soda and sodium carbonate. It’s a very corrosive, energy intensive process, and all you’re trying to do is get the silica dissolved into a solution. For us, Nature has already done the work underground, so we don’t need to worry about it. So this is very disruptive to the specialty silica market, because we don’t have the costs they’ve got or the big carbon footprint.”

In fact, he says, the technology has genuine environmental credentials. “For a renewable energy producer to be able to generate 20 per cent improvements in efficiency, well that’s helping the sector. Secondly, you’re replacing a product [in the form of traditionally produced silica] that has a high carbon footprint. And thirdly, we’re producing precipitated silica products targeted at tyres that improve fuel efficiency.”

Again, it’s important to note that it is early days. One factor in EVM’s favour, however, is that the global geothermal sector is growing strongly, with some predicting it will double in the next decade. Lea highlights the example of Japan, where there is a campaign to ramp up geothermal energy following the Fukushima nuclear disaster, and Kenya, which is in the process of replacing diesel generation with geothermal, capitalising on that country’s “massive” underground gift. And there are plenty of other countries following the same path (one 2013 report noted 70 nations moving forward with a total of 700 geothermal projects).

Lea says the company already has a joint venture agreement in Kenya, and is in promising talks with two large power companies in Japan, and others in New Zealand, with further progress dependent on the technology and process being full proven.