In Western Australia, where Stanley Bellgard is from, they call Phytophthora a “Biological Bulldozer”. Catchy name, isn’t it. And Phytophthora agathidicida (formerly, PTA), more widely referred to by New Zealanders as ‘kauri dieback’, is proving equally destructive. The pathogen has infected New Zealand’s kauri forests in the upper North Island, threatening the viability of the iconic taonga tree. Bellgard, and his colleagues at Landcare Research, have a unique connection to the dieback story; making the critical discovery that PTA is a new species to science. In 1972 a Phytophthora (putatively identified by IMI/CAB International as Phytophthora heveae) was linked to dead and dying kauri on Great Barrier Island. Symptoms included yellowing of foliage, canopy thinning and occasional tree death.

Alarms bells started to ring in 2006, when the late Ross Beever FRS, an esteemed Landcare Research scientist, identified Phytophthora ‘taxon Agathis’ in Trounson Kauri Park in Northland, and kauri forest west of Auckland. Beever’s discovery challenged the identification of P. heveae as the causative organism. The DNA barcode ITS–sequence of the isolate obtained from Great Barrier Island and those from the mainland were identical to another species P. castaneae – but there were many morphological traits of the kauri-pathogen that made it appear to be a different organism. Confirmation the kauri Phytophthora was a new species within Clade 5 of the genus came when Bellgard and his colleagues carried on Beever’s work and formally identified the Phytophthora organism as Phytophthora agathidicida – the “kauri-killing” Phytophthora. 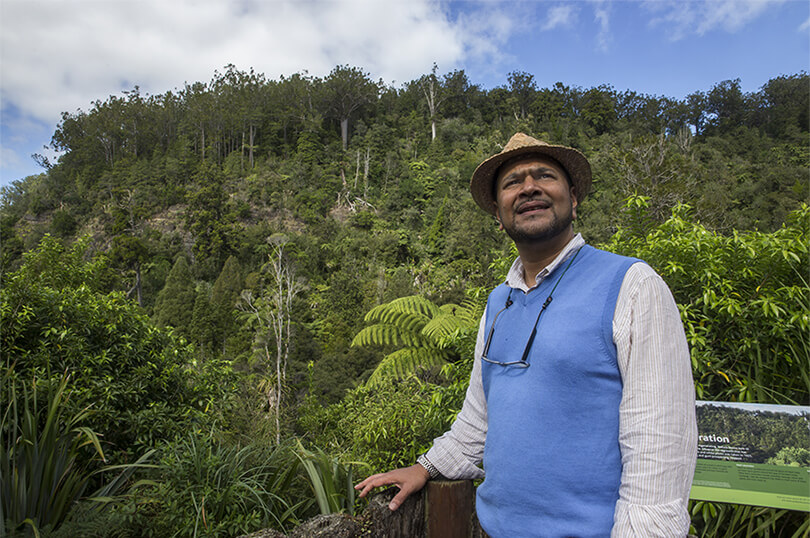 In addition, Bevan Weir, and the team from Systematics, together with our Hawaiian collaborator, described a new pathogen causing coconut pod rot. The killer had a name. The Landcare Research team had made an important taxonomic discovery. But the push to stop the killer had only just begun. Bellgard said: ‘we established a base-camp: there was still the mountain to consider and it was clear that we needed to find an innovative solution, so we, here at Landcare Research, decided to adopt the holistic Māori world-view and started asking whether there are any beneficial microbes and plants associated with healthy kauri that can be added to the soil to combat the pathogen and aid kauri’s inner-health.’

Landcare Research Mycologist Maj Padamsee recently described the fungal partners which live in the short root nodules of kauri. These helper fungi (mycorrhizae) are known to be associated with plant protection against root-pathogens.  Bellgard explains: ‘Together with our research partners Scion, Plant and Food Research and Auckland University, we are also looking at whether any resistance in the remnant kauri population could provide clues on how to stop it. Would, for example mycorrhizal fungi, colonizing roots and nodules of New Zealand kauri provide an effective barrier to the pathogen, or are there other beneficial plants which contribute to help ’buffer‘ kauri from this disease? Or could the application of rongoa herbal remedies to heal lesions provide some answers. Both western science and Matauranga Māori’s holistic-view, direct us to the same conclusion, that returning biological diversity to the soil and plant ecosystem will assist with kauri’s well-being.’

Phosphite treatments produce callous tissue walling off the infection. And that’s given hope that other additional plant growth promoters, ‘super-charged’ with pro-biotics, may help too. Equally important is the need to offer fast, accurate and portable methods of detecting the pathogen in soil and other substrates. Traditional molecular methods of testing such as the soil bioassay, take between 10–18 days to get a diagnosis. 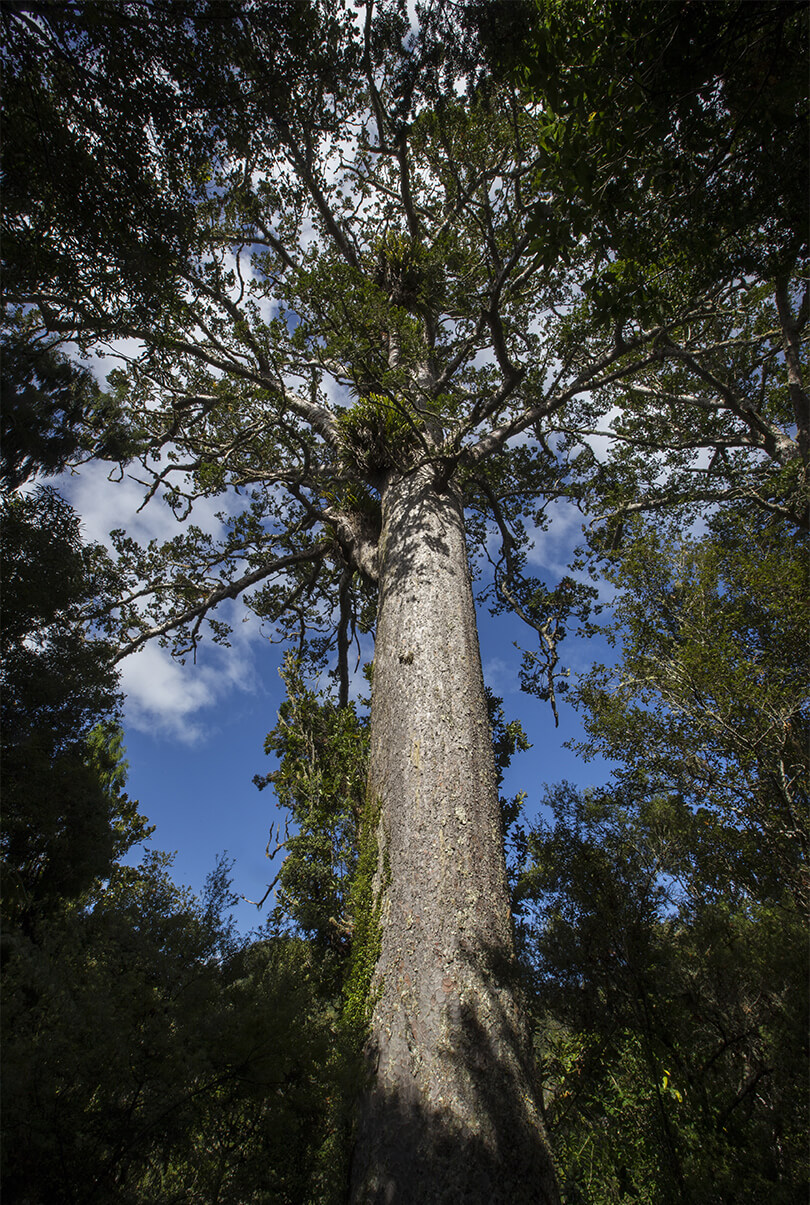 The development of Polymerase Chain Reaction tests on soil samples have increased efficiency by reducing the amount of time it takes to deliver a diagnosis and help land managers make decisions. Improvements to increase efficiency and accuracy of diagnosis are being investigated, and Bellgard and his colleagues from Massey University and Palmerston North, have recorded impressive results from a duplex-assay which incorporates elements of the soil bioassay and delivers the result via a LAMP test.

Landcare Research has developed isothermal DNA amplification technology with their research partners at Massey University, in portable hand held device that use a premixed conjugate solutions that allow one-step extraction from the soil baits recovered from the soil bioassay.

This approach cuts down the assay by ten days. Bellgard is also aware it may take a decade to discover a cure for kauri dieback meaning that community and cultural partnerships are needed to increase awareness of the risks, and up-take of management interventions. ‘And that also means finding the next generation of forest guardians/scientists. We have a partnership with Ark in the Park, an eco-restoration project in the Cascades Kauri Park, and two schools: Rongomai Primary South Auckland, and Mercury Bay School, Whitianga.’

Student volunteers helped re-design a device called a bait cassette, which is set in streams at two sampling stations. The cassettes contain kauri leaves and are left in streams for two weeks, collected and sent to Landcare Research, where Bellgard can isolate any collected organisms.  The work is funded by an MBIE, Unlocking Curious Minds project and is proving invaluable. 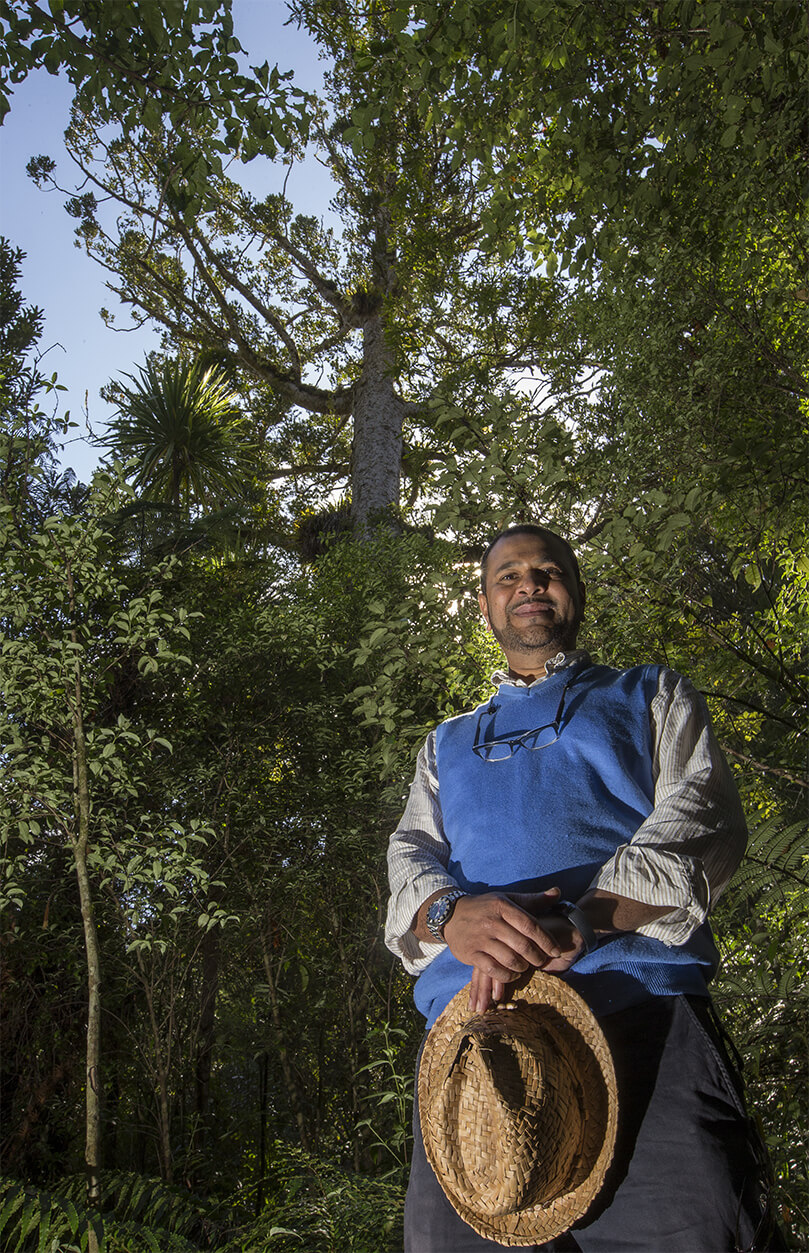 ‘They have discovered a couple of new records of Phytophthora species not previously found here in NZ, and one hybrid. The study is creating a following and awareness at the community level. While the solution to curing kauri dieback will come from science, the community have an important role to play in the translation of the scientific findings into actions. ‘Understanding how the disease arrived in New Zealand, and where it came from, is another important strand to this story. Is it an exotic incursion? Is the kauri-killer continuing to evolve as it spreads into new forests in New Zealand? Is the disease benign in its country of origin and has become co-evolved here?’

Bellgard and his colleagues believe that streams are an ‘engines of bio diversification’ and together with Auckland University Master’s graduate, Simon Randall, have found a progenitor that may be related to Phytophthora. This would provide strong pointers for possible scientific solutions. ‘Therefore we have been thinking about the other places that Agathis kauri grows; e.g. New Caledonia and Fiji have problems with their kauri.

Science will provide the answer, but the solutions will require both local and international collaboration to expedite the successful control measures. We do not have the luxury of gradualism. The threat is real and apparent, and there is the need for innovative thinking, drawing knowledge from both western- and Māori scientists, embracing the whakataukī mahi ngātahi – resilience through collaboration.’ 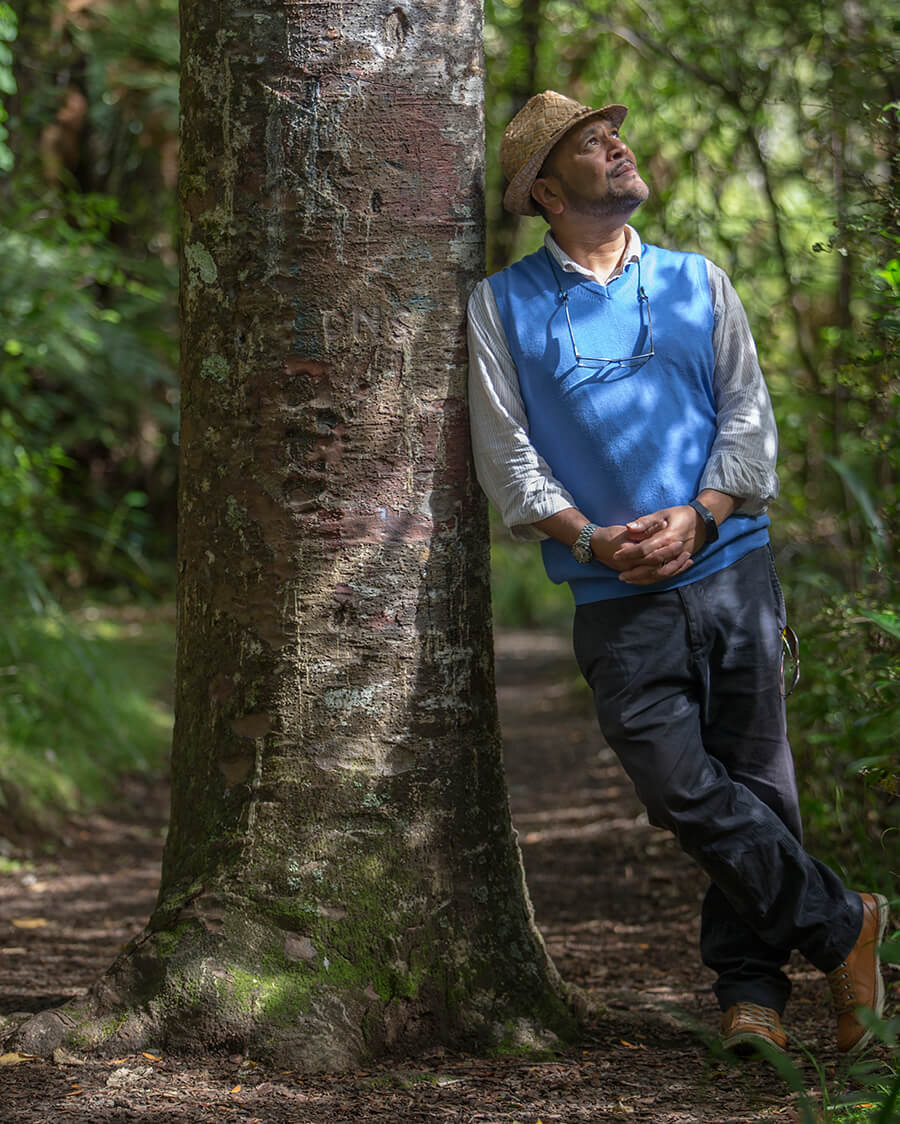