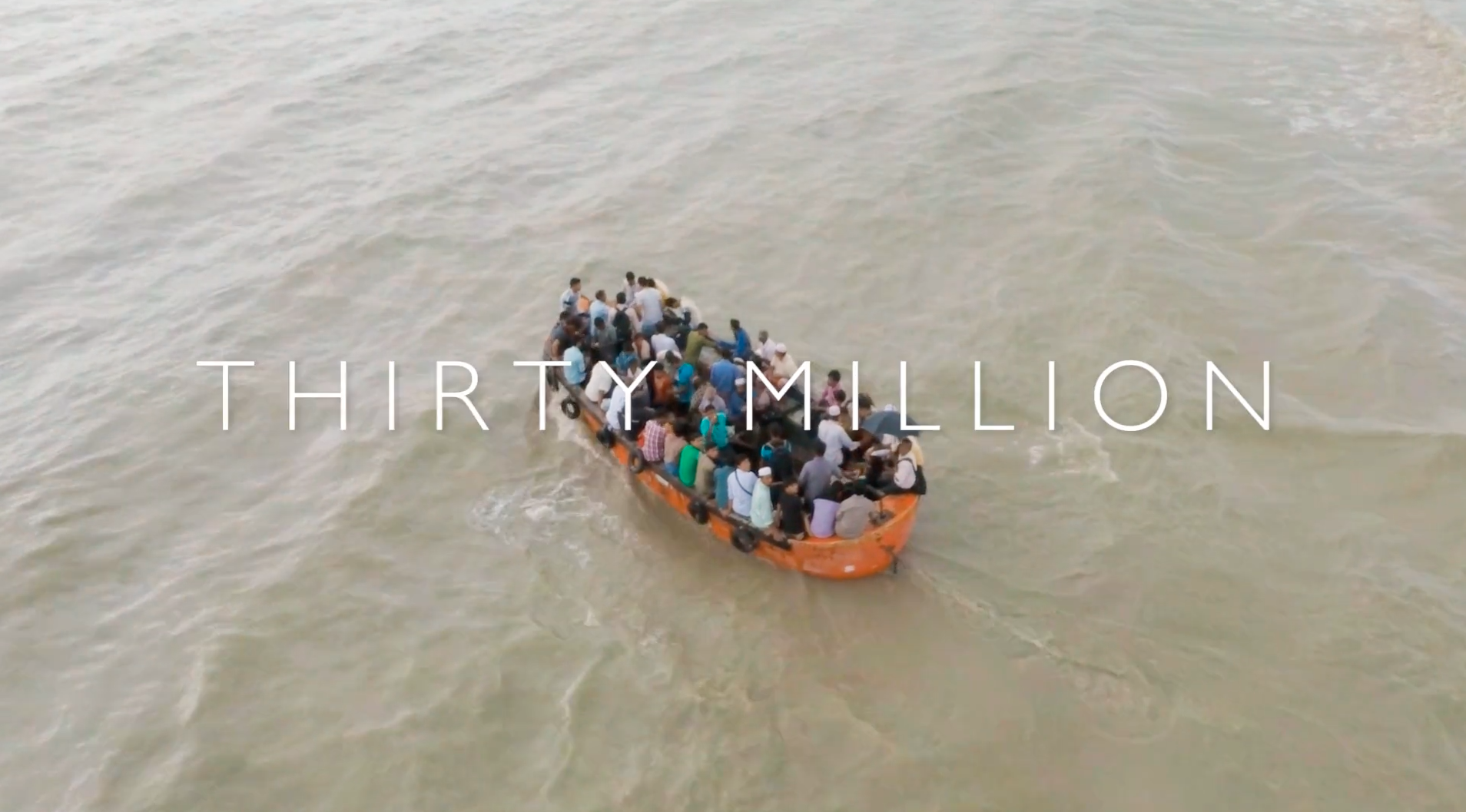 Thirty Million is a 35 minute documentary on the effects sea-level rise and climate change will have on the people of Bangladesh. The country is widely considered the most vulnerable in the world to climate change. The title Thirty Million references a staggering statistic: 30 million people are expected to be displaced over the coming decades as the country is projected to lose 17% of its land as global sea levels rise by one metre.

The film was made by three New Zealanders – myself, Sam Walls and Michael Roberts – and Welsh climate scientist Dr Daniel Price, who last year cycled from New Zealand to Paris to raise awareness on climate change as part of the Pole to Paris campaign. Thirty Million was commissioned and funded by the United Nations, but it is an entirely non-commercial film.

“With the predicted one metre of sea-level rise by 2100, 30 million Bangladeshis are expected to be displaced,” explains the film’s Co-Director and climate scientist Dr Price, who cycled from New Zealand to Paris to raise awareness on climate change last year.

“The people of Bangladesh are on the front lines of climate change. The greenhouse gasses we’ve amassed over previous decades and are continuing to contribute to are affecting them today. We wanted to give these people a voice, and ultimately, show the rest of the world that our actions in displacing them will affect us in the West, too.”

In terms of the number of people affected, Bangladesh is widely considered the most vulnerable country to climate change in the world because of its coastal and low-lying nature. Climate change is increasing the frequency of fatal cyclones along the coast, and one metre of sea-level rise is expected to make 17% of the land uninhabitable.

It takes more than forty Bangladeshis to emit the equivalent in carbon dioxide of one American, according to the World Bank.