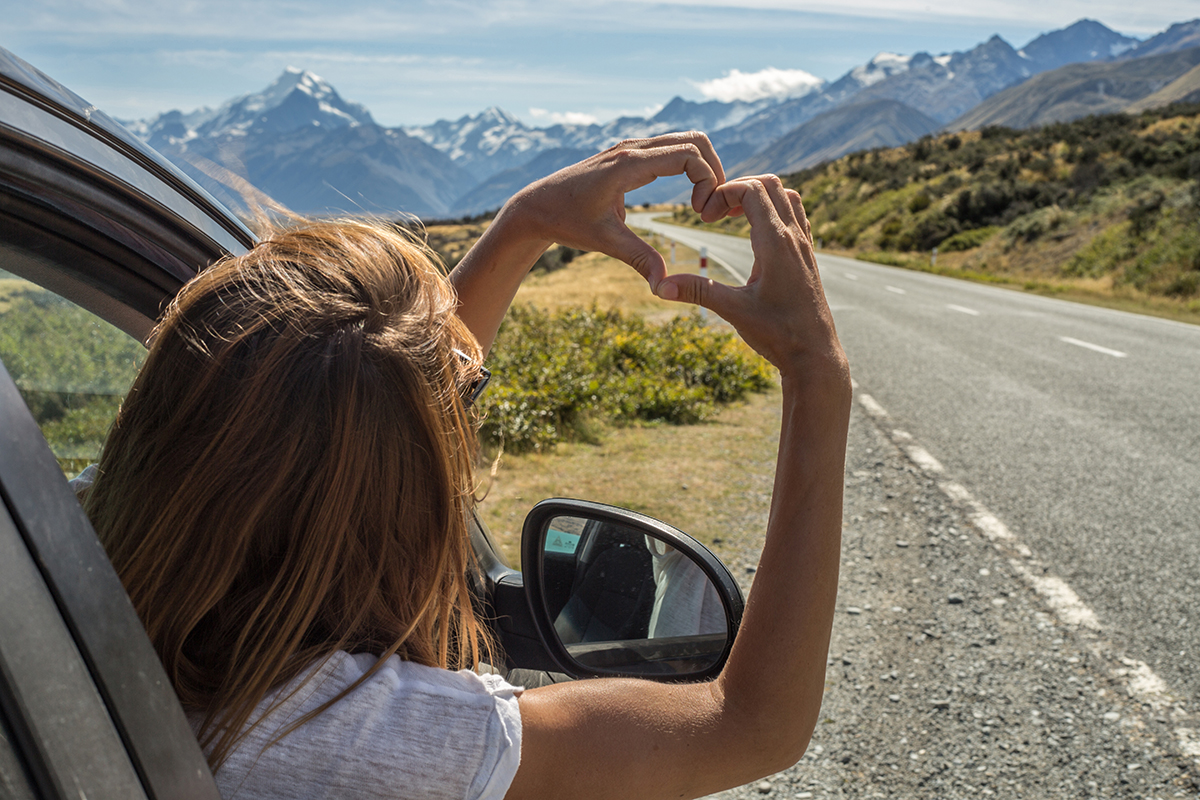 There’s no beating around the bush. We know that cars produce emissions: transport as a sector produces nearly 20 percent of our country’s emissions, and private vehicles make up 12 percent of that, so we’re dealing with a significant chunk of CO2 and other nasty gases here. We also know that climate change is real, it’s happening and we need to change our behaviour to mitigate the effects and prevent it from getting worse.

But here’s the thing: Automobile Association (AA) 1 Members need to tackle it while still driving cars. Surveys of AA Members tell us that while 88 percent say they are conscious of being environmentally responsible, 65-70 percent say they would find it hard or impossible to replace their car trip with buses and trains; almost 80 percent say the same about switching to cycling; and 61 percent say that walking couldn’t substitute their car. And for those who are more optimistic about their ability to not use their car, well, that’s assuming the day goes to plan – never mind a few spanners in the works.

So we need something else to work with, right? Because changing the transport mode isn’t going to fix the problem for everyone. 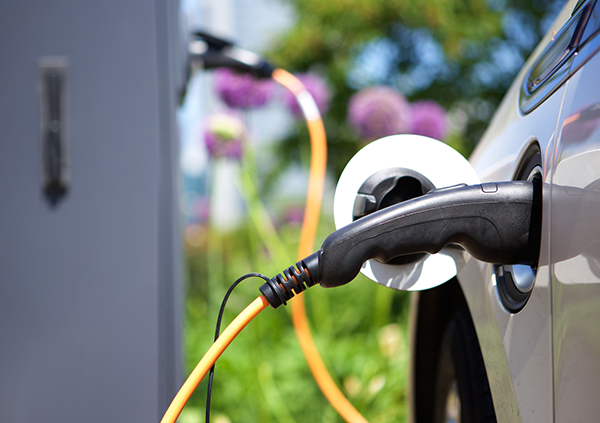 Yes, there are electric vehicles (EVs), and the AA is 100 percent behind the Ministry of Transport’s target of 64,000 of them in the New Zealand fleet by 2021 and our new government’s aspirational emissions-free fleet. We like them, our Members like the idea of them (they definitely like driving them when afforded the opportunity), and there are environmental benefits to be had by driving them.

But there are a few snags there that we need to mention. On the whole, people don’t seem to know much about them, and for most people, there are still a few significant concerns. Until the public sees more EV charging infrastructure throughout the country they will remain sceptical about the practicalities. And that doesn’t even factor in the concerns about cost, including ongoing servicing, and parts – our Members are worried about those factors too. So until we see some more leaps of faith and infrastructure in the EV space – and don’t get us wrong, it’s coming sooner than you think –most AA Members will stay happily behind the wheel of an internal combustion engine.

So what else can we do while we wait for the fleet to gradually electrify?

If Kiwis are serious about reducing our emissions then we need a bit of a reality check because we just keep buying bigger cars – bigger than we need on a day-to-day basis. In the September 2017 list of top selling cars, 10 of the top 15 were utility vehicles (utes and SUVs).This reflects the current market: New Zealanders like SUVs; they buy SUVs. You don’t need to be an emissions expert to know that the bigger the car, the bigger the emissions. We’re all about buying a car that’s fit for purpose: so tell us, how big does your car really need to be?

Yes, engines are becoming more fuel efficient by the day. But clearly, purchasers aren’t making decisions based on fuel efficiencies with the prevalence of SUVs in our cities and suburbs. So we’re laying down the gauntlet: if New Zealand is serious about reducing emissions, then complacency is not an option. We need to make some changes in our behaviour.

And our Members will say “that’s great, but I just purchased my SUV which I love thank you very much, so what can I do?” Great question. It takes us here:

Congestion. It’s the big one. And a lot of our problems with emissions and vehicles, particularly in our most congested cities of Auckland and Wellington, stem from it. When you’re driving on congested roads, you’re not driving efficiently and your vehicle is producing more emissions than normal. The AA’s own rigorous testing indicates that up to 20 percent of fuel consumption can be saved through more efficient driving.

But what can individuals do about this?

We think there are a few practical things drivers can do to reduce their emissions and ease the congestion on our roads. This includes driver training – teaching Kiwis how to drive a little bit more efficiently; a smooth ride will always be more efficient than a lurch and brake on a congested motorway. It also includes teaching drivers to look out for maintenance issues that can contribute to more emissions – something as simple as tyre pressure and alignment could change your emissions output. Or it might just mean enabling your start / stop engine technology – that can save up to four percent of petrol in every tank. That’s nothing to sneer at because every little bit counts when we’re talking about the environment. 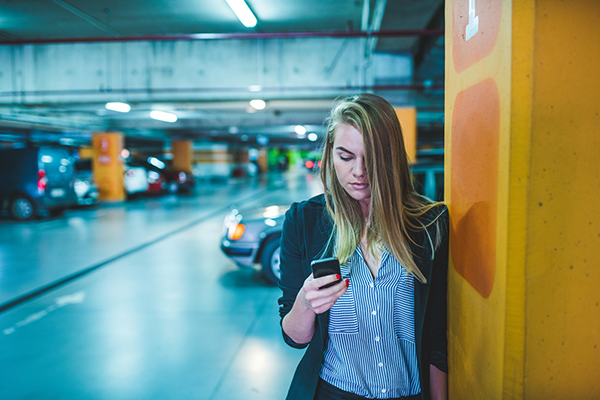 For authorities, we think they need to accelerate the introduction of Intelligent Transport Systems (ITS) and smart parking. On average, 30 percent of the cars in congested downtown traffic are cruising for parking. This creates an estimated 589,000 excess vehicle kilometres of travel and 325 tons of CO2. The AA is currently advocating for smart parking technology that would be available on smartphones. This will reduce congestion, save time and money, and reduce fuel consumption and emissions.

Or we could educate Kiwi consumers on what they’re actually buying. The only information available to car buyers about fuel consumption and emissions performance comes from standard lab tests – not real-world driving conditions. Maybe Kiwis would make better decisions if they knew what they were buying? We think we should find out, and that’s why we’re also advocating for a real-world emissions standard, not one produced under controlled conditions from a lab.

Network optimisation would also help. This tends to be smaller scale work that can be completed while we wait for progress on those big-ticket infrastructure projects (also in aid of easing congestion). Things like smart traffic lights, lane re-configuration, the removal of street parking on arterial routes or even dynamic (tidal) lanes all help with the big congestion noose.

More park and ride would be useful too. In New Zealand’s most congested city, Auckland, there’s only 3,800 parks that support the rapid transit network. We’re well behind on a global scale. The AA has called for 10,000 new parking bays over the next 10 years to deliver some 5,000 new public transport users to the network. It’s not a silver bullet, but it’s something, and if it gets more of our Members attracted to public transport this makes life easier for others who have to continue driving.

Ride-sharing and trip substitution (walking, cycling, bus, or train) will always be available options, and if you’re keen on them and they work for you – go for it. But these alternatives don’t work for the many. Through our Member surveys, the AA has learnt that ride-sharing and trip substitution doesn’t suit most people, and they’ve got perfectly valid reasons for that. Life is messy and complicated, and it doesn’t always fit into a public transport schedule, or there might be kids to pick up and ferry around. There are always going to be times when these alternatives will work, but it won’t be everyone’s cup of tea and people rarely opt for alternatives unless they are at least as convenient and affordable as their current transport.

So where are we now then?

Not everyone can buy an EV; there are a few infrastructure hurdles to get over, and when it comes to cost, new models are still expensive to purchase compared to similar petrol cars. Once that price starts to come down, we’ll start to see some real growth in the EV fleet – which is currently expected to reach 5,000 by the end of the year (though this is still very small in a light vehicle fleet of over 3.6 million).

But we can’t wait for technology to save us either. In the meantime there are plenty of other things that we can do as a country that will see a real difference in transport-related emissions – we just need to do them. Almost 90 percent of AA Members are conscious of being environmentally responsible, but only a third have made small changes to their travel habits for environmental reasons. The will is there, but authorities need to lead the way. Rather than twiddling our thumbs, we’d like to see some real changes in how we buy cars and how we drive. It’s radical, but it just might work.

Vanessa is a Senior Advisor in the AA’s Motoring Affairs team. Having practised as a lawyer for five years then taking on senior roles in advocacy and corporate and public affairs, Vanessa has spent the last decade addressing issues, determining outcomes, and sharing key messages in order to effect particular and measurable change. She holds a Masters in Environmental Law (Hons) from the University of Auckland, as well as a Bachelor of Gender and Women’s Studies from the University of Otago. She’s a born and bred Aucklander who loves to travel and eat her way through best restaurant lists.