Climate change is in the news a great deal these days, but it may not be clear why. For most of us, the weather carries on from day to day and nothing seems very different. There’s certainly no sign of imminent disaster. So what’s the issue?

It’s all about heat, and time. Some of the gases in the air are really good at soaking up the heat that radiates up from the earth, then sending some of it back down to keep us warm – just like a duvet is good at soaking up the heat that radiates from our bodies, keeping us warm in bed. The thicker the duvet, the warmer we are, and the more of those gases (“greenhouse gases”) in the air, the warmer we all are around the world. Human civilisation has become really good at putting greenhouse gases in the air since we discovered the potential of coal and oil to power our lives.

This would all be fine if what goes up comes down again quickly. Some greenhouse gases are like that, but carbon dioxide really isn’t. It stays in the air for centuries and just builds up over time. Since we started burning coal to power steam engines, the amount of carbon dioxide in the air has gone up about 40%, a change that the earth alone might take a million years to achieve. The climate is responding, but we are only starting to feel the consequences.

The world is getting warmer, and the cold bits are thawing and melting. So far, temperatures around the world have gone up about a degree. It doesn’t sound like much, but it’s the warmest the world has been for well over 1000 years. Hot days are already more common now than they were 50 years ago, and extreme floods are happening more often (since warmer air contains more moisture). Around a third of New Zealand’s glacier ice has melted in the last 40 years. Two degrees of warming would see roughly a tripling of the number of droughts and wildfires in the already-dry eastern parts of the country, as well as big increases in the occurrence and severity of floods in many places. The Fox and Franz Josef glaciers would be only stories to our grandchildren. 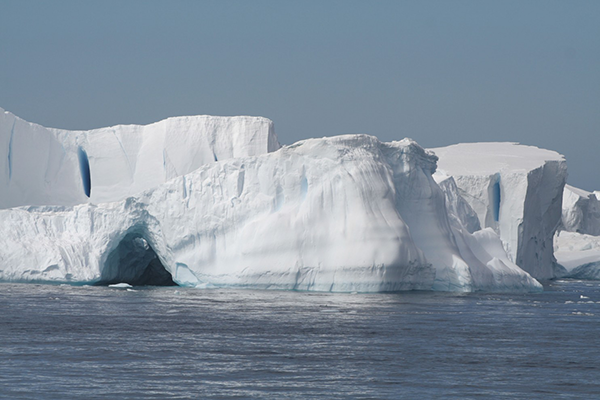 For the first time in nearly 10,000 years, the oceans are rising. Less than 30cm so far, but we’ll see that much more in the next 40 years and we could be in for a lot more. More than another degree of warming and we’ll likely see large parts of the Antarctic and Greenland ice sheets melt away, with around 10 metres of sea level rise eventually, enough to inundate millions of people and to change coastlines in New Zealand and around the world for thousands of years.

More floods, more heat stress, more erosion of coastal roads and properties, would all damage our way of life and make New Zealand a harsher place to be. For the first time in many many generations, we’d be looking at a harder future for our children than what we’ve experienced ourselves.

That’s why the Paris Agreement is so important, getting the world on track to keep the warming well below two degrees. How do we do it? By stopping our release of carbon dioxide into the air. Our “emissions” must get to zero if we want to stop the warming. How soon do we have to stop emitting? Soon. The more carbon dioxide the warmer it gets, and there’s a simple relationship between how much is in the air and how warm it gets. At present rates of emission, within 20 years the world will have added enough carbon dioxide to the air to get two degrees of warming. Getting on a downward path no later than 2020 (three years away) and getting to zero around 2050 or soon after is what we need to do the trick. It’s a big ask, but it can be done. 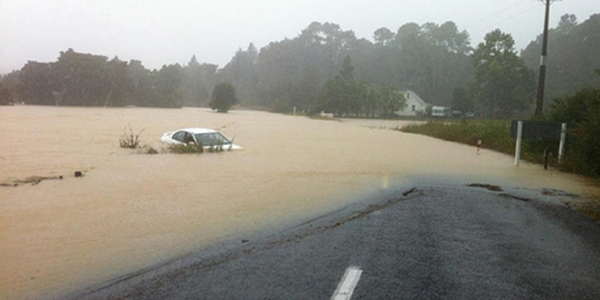 Every country needs to get to zero emissions, and the Vivid Economics report gives an excellent blueprint for possible scenarios and pathways to a net zero NZ by 2050. Changing the farming landscape, planting more trees, being leaders rather than followers in low-carbon technology (electric transport, energy generation), will all put us on the right path – without sacrificing the economy. If any country can be carbon-neutral, surely it’s New Zealand. Leadership in climate action is bound to have positive spin-offs for New Zealand, as our exemplar status attracts interest and investment from other countries. As Barack Obama said,

James has over 30 years’ experience in weather and climate research, specialising in large-scale climate variations. His interests include the El Niño/La Niña cycle and the mid-latitude westerly winds, and the impacts of climate variability and change on New Zealand. James was a lead author for the 4th and 5th Intergovernmental Panel on Climate Change (IPCC) Assessment Reports and is a member of the World Climate Research Programme Joint Scientific Committee.