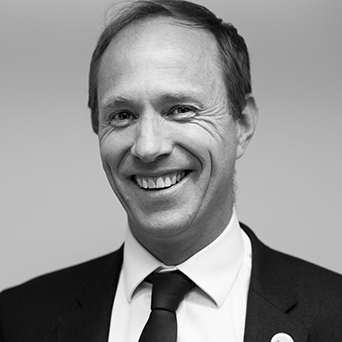 The construction sector is an economic powerhouse. In Aotearoa, the industry provides jobs for around 250,000 people and pumps $15bn into the economy annually. 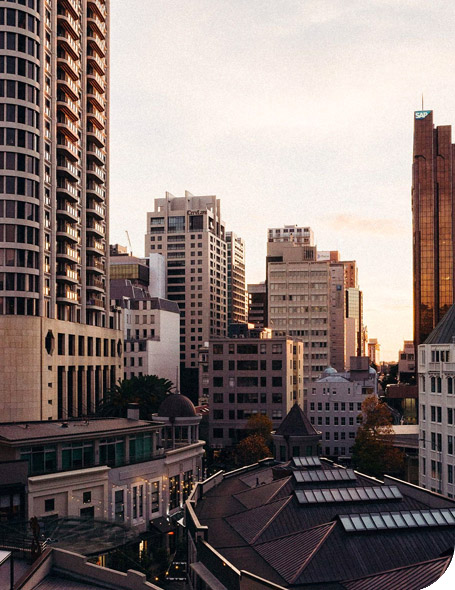 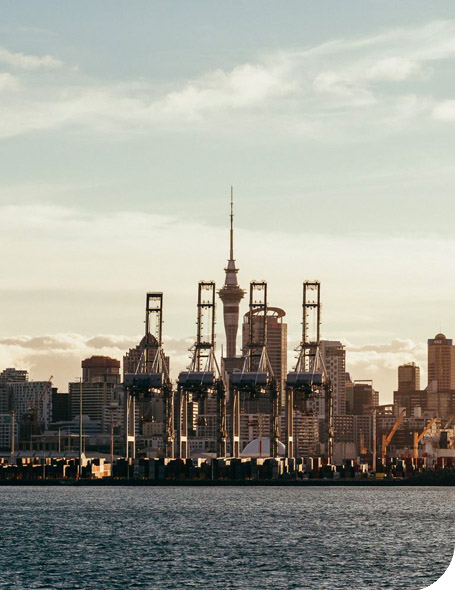 ”New homes built in Aotearoa belch out ‘five times too much’ carbon pollution, so must shrink their carbon footprint by 80% to do our bit to stay within 2°C of warming.

The built environment and carbon pollution

The built environment, and the construction and building sector, has an instrumental role to play as Aotearoa moves towards a healthier, zero carbon nation. That’s because our built environment is responsible for 20% of New Zealand’s carbon pollution.

Globally, buildings and construction together account for 36% of global final energy use and 39% of energy-related CO2 emissions. Buildings cause carbon pollution in two ways:

Embodied carbon is an emissions giant. Concrete is the most widely used construction material on the planet, and is second only to water as the most consumed material in the world. It’s used widely because of its myriad benefits. It’s strong, durable, and can be moulded into various shapes and sizes.

But on the flip side, around 8% of global carbon emissions come from the production of concrete’s basic ingredient, portland cement. If concrete was a country, it would be the third largest emitter in the world, sitting only behind the US and China. However, LafargeHolcim, the world’s biggest cement producer, has said it will cut carbon emissions by 20% by 2030.

Between now and 2050, constructing new buildings in New Zealand could pump out embodied carbon emissions equivalent to putting one million additional cars on the road every year. Here in Aotearoa construction emissions are soaring. GHG emissions in the sector are up a whopping 81% from 2007 to 2018.

As construction booms around the world, with the equivalent of a Paris being built globally every week, international bodies are warning that if the sector doesn’t act soon, time will run out to meet the necessary cuts to have a chance of staying within 1.5°C of warming.

Both the International Energy Agency (IEA) and the United Nations Environment Programme (UNEP) have warned that zero emissions buildings need to be the construction standard globally within a decade. Besides constructing new zero carbon buildings, all of our existing buildings have to be retrofitted to be energy efficient , too.

Solutions and their significant benefits

Making the aforementioned improvements won’t just reduce CO2 emissions. Tackling the CO2 emissions of the built environment would boost economic growth, create millions of new jobs and put global greenhouse gas emissions into structural decline, according to a report and economic recovery plan from the IEA and International Monetary Fund.

Looking across different sectors, the report shows that constructing and retrofitting more energy efficient buildings has the greatest potential of all for job creation. More jobs are created per million dollars in energy efficiency than in any other sector. As Bloomberg NEF founder Michael Liebreich says, energy efficiency is quite literally the ‘swiss army knife’ of stimulus spending.

Besides being quick to implement and stimulating local jobs, other benefits include reducing energy poverty, improving the health and wellbeing of people, and improving resilience in the face of climate events and price shocks. Improving the efficiency of buildings also lowers energy bills for consumers, who can then spend those savings on other goods and services, providing a further boost to the economy.

We could see these co-benefits here in Aotearoa. Improving the insulation and energy efficiency of our homes could benefit New Zealand to the tune of over $3bn, improve health outcomes and create over 1,000 new jobs. It’s the wealth of co-benefits that make reducing the carbon pollution from the built environment so attractive.

The solutions to reducing these emissions already exist, and are outlined in the New Zealand Green Building Council’s zero carbon roadmap for Aotearoa’s buildings. 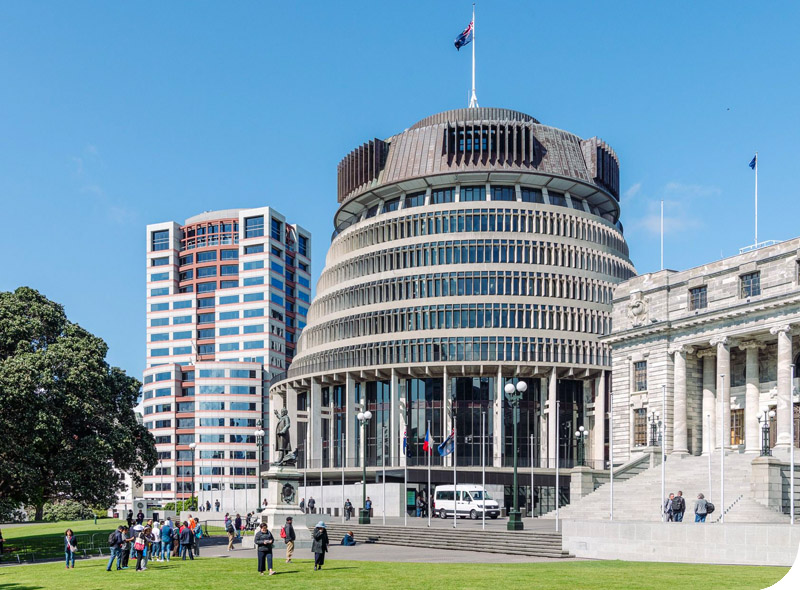 The action, and momentum

The private sector and many Government departments are increasingly building and fitting out to more sustainable standards in their hospitals, offices, churches, convention centres, libraries and other building types.

The New Zealand government is now taking action. The Building for Climate Change programme is a huge step forwards — a once in a generation plan for reforming our buildings and homes. And the government has also made a key promise to improve the energy efficiency of the buildings it owns and tenants. This is significant as the government is the largest occupier of buildings in Aotearoa.

The solutions exist. Government is moving. And the benefits are considerable. Not every sector in New Zealand will hit the 2030 emissions reduction target. But the building and construction sector is ready to step up, with solutions, momentum and optimism, do the heavy lifting, and exceed the 2030 targets.

But there’s still more to do

The current government has promised to go further. For example, there finally appears to be real interest in boosting efforts to make our homes and buildings more energy efficient. More specifically, it has promised to introduce mandatory energy efficiency information to help homebuyers through an Energy Performance Certificate (EPC) ratings scheme, similar to an existing UK programme. Long called for, EPC will help embed transparency and energy-performance literacy across Aotearoa.

The Building for Climate Change programme (BfCC) will continue, but it’s hugely important that it delivers in a timely and ambitious manner. Labour has also committed to requiring Government-funded construction projects to meet Green Star 5 or 6, which is a major vote of confidence in the rating scheme and a real boost for getting the sector up to speed with sustainable construction.

Introducing EPCs and the BfCC programme are strategic long-term steps and will almost certainly require legislative change. However, the sector has already seen one Government commitment bear fruit: NABERSNZ. The Government’s procurement agency confirmed that from January 2021, NABERSNZ will be compulsory for Government agencies that occupy single-tenant, co-tenanted or co-located government office accommodation. This is an important step forward and sends a strong message to the rest of the sector about the direction of travel.

According to NABERS Australia and the NSW Dept of Planning, Industry and Environment, NABERS has slashed AUS$1billion off energy bills. If New Zealanders want to see similar benefits, the Government and sector at large need this kind of transparency and energy consideration embedded not just in public assets but across all buildings.

The role of homes and buildings also features prominently in the Climate Change Commission’s (CCC) advice to the government. But does the ambition align with what’s needed? Unfortunately not.

‘The time for accelerated climate action is now’, the advice’s introduction concludes, while at the same time saying that ‘newly built homes [should be] 35% more energy efficient compared to today’s performance’ by 2035. The truth is a 35% improvement is achievable much sooner than 2035 — perhaps close to a decade sooner — if backed with the necessary ambition.

In fact, when it comes to our homes and buildings, the CCC’s ambition is weaker than what is outlined in the Building for Climate Change programme, which says that ‘by 2035, New Zealand’s new buildings are using as little energy and water as possible’. ‘As little energy as possible’ is very different than 35% less energy. For comparison, research from Australia has shown that Green Star certified buildings use 66% less energy than average buildings. This is happening right now, in 2021.

There is also much to be commended. For example, the CCC’s recommendation to shift away from fossil fuel connections in our homes and buildings as well as the introduction of mandatory measures to improve energy efficiency, which was included in the raft of solutions laid out in the NZGBC zero carbon roadmap, are to be welcomed. Though there should be a greater focus on the significant challenges posed by embodied carbon, which is a key focus in the Building for Climate Change programme.

Our job now — the job of people like you and me who want Aotearoa to be less polluted, stronger and healthier — is to hold the government to these promises and apply pressure to raise the bar of ambition. The first job, however, is helping fellow Kiwis understand that if we don’t decarbonise the built environment right, we won’t get net zero right.

Andrew is an economist with more than fourteen years’ experience in the built environment. Working for consultancies, associations, government and built environment charities, he has a wealth of knowledge in housing, market mechanism, advocacy and the construction supply chain.

Andrew joined the New Zealand Green Building Council in September 2016 as Chief Executive. The NZGBC is the country’s leading not-for-profit for the sustainable built environment. As well as exemplary research, the NZGBC oversees Homestar and Green Star the award winning certifications for New Zealand homes and buildings, and NABERSNZ, the tool for confirming performance of offices in use.

Andrew is sometimes asked to speak on panels. There are many great women speakers in the construction and property sector. Andrew has made a commitment to not speak on all male panels, (or as Andrew says, ‘manels’).