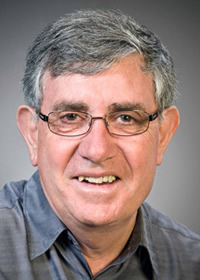 The late Sir Paul Callaghan was a world leading scientist in the fields of nanotechnology and magnetic resonance, and held the position of Alan MacDiarmid Professor of Physical Sciences, School of Chemical and Physical Sciences, Victoria University of Wellington. Sir Paul was past president of both the Academy Council of the Royal Society of New Zealand, and the International Society of Magnetic Resonance.

His work put Sir Paul and New Zealand on the international stage and his mantelpiece featured an array of honours for his endeavours. He was awarded the Rutherford Medal, NZ’s highest scientific honour, in 2005. He was appointed a Principal Companion of the New Zealand Order of Merit in 2006. In 2007 Sir Paul was recognised with a KEA World Class New Zealand Award and the Sir Peter Blake Medal. He was knighted in 2009, and in 2011 was named Kiwibank “New Zealander of the Year”.