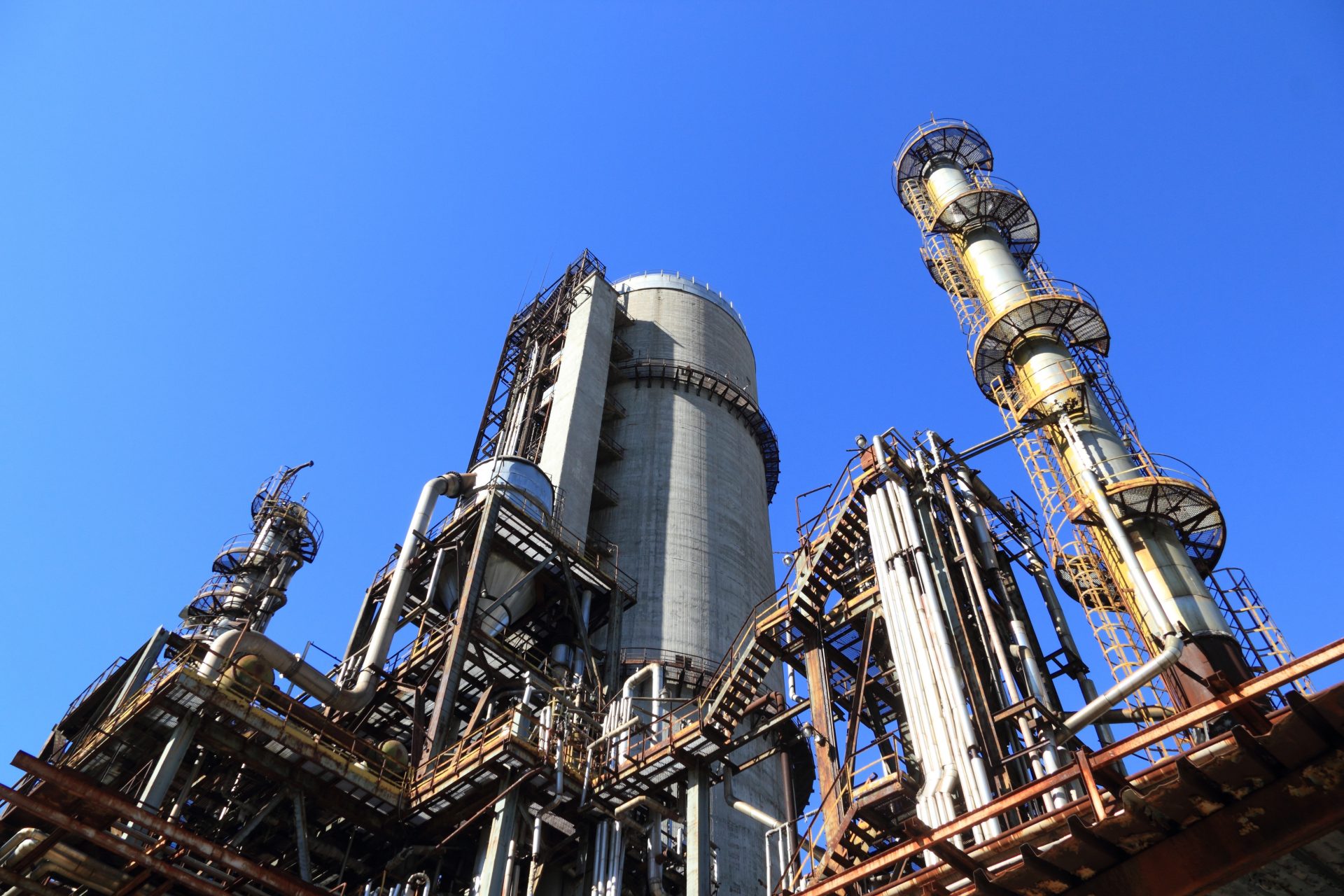 The New Zealand Institute of Economic Research has produced a next-to-useless report on our oil and gas sector. It is pure Past As Future (PAF), which is even worse than Business As Usual (BAU).

It harkens back to the local sector’s glory days in the early 2000s when oil and gas production peaked and money for more exploration was ramping up.

It takes no account of how dramatically the global oil and gas sector has changed since then. Fracking has created an over-abundance of ultra-cheap gas and plenty of fairly cheap oil. We simply can’t compete because of our tiny scale, long distance from the great oil and gas fields of the world and high cost of deep-water exploration and development.

That’s why multinational oil and gas majors have walked away from New Zealand. Their exploration spend here collapsed from $300m in 2010 to $10m in 2015. We have one of the most attractive exploration and royalty regimes in Asia Pacific, but even that didn’t help stem the exodus.

Notably, Shell, the fourth-largest gas producer in the world, has quit New Zealand after selling its last gas assets here at a much lower price than it had hoped for. It says it is focusing on finding mega fields on and offshore in, or close to, existing production provinces of the world, thus ending its 100-year involvement here.

Petroleum Exploration and Production Association of New Zealand, which funded the report by NZIER, always offers many reasons why it is so bullish about NZ’s oil and gas growth potential. But none of the reasons stand up to scrutiny, as I laid out in this column ‘Shedding light on the gas sector’s claims’ last April.

And the future only gets vastly more challenging for oil and gas producers, not just minuscule ones like us. The technology of renewable energy is accelerating fast, and its costs of production are plummeting. Moreover, oil, gas and coal companies already have far more proven reserves than could ever be burnt if we are to avoid runaway climate change.

For the modelling in its report, NZIER simply took the three production scenarios used by the Ministry of Business Innovation and Employment last year when it produced its Regulatory Impact Statement on the government’s ban on issuing further licences outside Taranaki.

But the RIS itself, issued last September, offers zero evidence of how it derived those scenarios. Crucially, it gives no hint of how it assessed climate and technology change.

Worse, the RIS uses the MBIE Oil and Gas Model which was designed to estimate gas supply for various electricity generation scenarios. It is a mechanistic financial and simulation model devoid of inputs about changing technology or climate policy.

Through the entire RIS the word “global” gets not a single mention. Nor is there any reference to reputable international analysis on the future of oil and gas from the likes of the International Energy Agency, which is part of the OECD.

NZIER then generated its report by running those three highly questionable scenarios through its Computable General Equilibrium model of the New Zealand economy. CGE models are based on massive databases on an economy, and the relationships between the myriad factors within them. They are good at showing how a shock, in this case a sharp drop in oil and gas exploration and production, ripples out through the economy.

But CGE models can deal only with Business As Usual. They can’t model

how economies shift markedly thanks to changes to the likes of competition, innovation, policies and societal values.

NZIER acknowledges how limited its report is. Laurence Kubiak, its chief executive, said it took the RIS scenarios as given without examining them, and its CGE model is only “sizing the hole” that would be created if there were a sharp drop in oil and gas exploration and production. “We haven’t taken any decision on what might fill that hole.”

NZIER does have what it calls an “NZ Green” component to its model which it designed to help analyse climate policy here. But it didn’t use it because it would have predicted that the government’s permit decision would have only a tiny impact on emissions here or globally. No surprise, since we only produce 0.04 percent of the world’s oil and 0.13 per cent of the world’s gas.

Thus, the NZIER report says between now and 2050 the people of Taranaki will suffer a huge hole in their economy, and the people of New Zealand a pretty big hole in theirs. Yet there was good news for some people. By missing out on this supposed oil, gas and investment bonanza our exchange rate will drop which will benefit farmers and other exporters. But even that silver cloud had a dark lining – the likes of imported tractors would cost more.

These, though, are not real outcomes. They assume the people of Taranaki are incapable of developing economic activity to supplant oil and gas and grow beyond it. Wore, they are status quo modelling results based on heroic assumptions about a return of the long gone golden days of exploration here.

Conversely, we can expect exploration and production to rise onshore Taranaki over the coming decades because of its proven geology, its ability to meet increased domestic demand and the continuing issue of permits.

Instead of economists dishing out useless analysis like NZIER’s that sees the future as a continuation of the past, they would start to earn their keep if they learnt the new methodologies out there that help us make robust decisions about a very different future.

Let’s start with an alternative, positive scenario: NZ makes real progress on climate change and sustainability over the next few decades, so our reputation is enhanced, we attract more capital, our exporters earn a higher premium on their products, our exchange rate rises, the cost of our imports falls, as do our costs of cleaning up our environmental degradation. Now, that’s progress.

But this report funded by the oil and gas sector and produced by NZIER offers none of that. It is simply a failed attempt by an incumbent industry to protect its vested interests.

The report, though, has one merit. It reminds us that Past as Future (PAF) is even worse than Business as Usual (BAU), which itself is bad enough, as my column last week explored.

Thus the executive summary of the NZIER / PEPANZ report, which I offer in its entirety below, is worth printing out and hanging on your wall. It is the self-agrandising last will and testament of a sunset industry:

The New Zealand Government’s decision to ban new oil and gas exploration permits will see a series of strongly negative impacts ripple through the economy. The decision prevents the granting of new exploration permits outside of onshore Taranaki and was given effect through the Crown Minerals (Petroleum) Amendment Act 2018. This report refers to this policy in shorthand as “the ban”.

NZIER has calculated the macroeconomic impacts of this ban at both the national and regional levels:

• Household consumption (the best measure of economic wellbeing and discretionary income) will reduce by between $7 billion (2.4%) and $20 billion (7%).

Taranaki will bear the brunt of these impacts

• In Taranaki the ban will reduce real GDP by between 35% and 53%, or $16 billion and $40 billion, with a medium scenario of 46% (~$30 billion). The impacts on regional consumption, investment and export revenue are also strongly negative.

• Households in Taranaki will see a substantial reduction in their standard of living. From 2020 to 2050, real GDP per household in Taranaki will fall by $623,000, in the medium scenario. This is equivalent to a $20,774 fall in household incomes each year for the next 30 years.

• The ban is unlikely to cause any appreciable reduction in employment at the national level, but job losses within the sector (between 33% and 40%) and within Taranaki (between 3.2% and 6.6%) will be severe. Estimates of the number of jobs provided by the sector vary, but the 37% reduction estimated for the medium scenario applied to the job number figures presented in the Regulatory Impact Statement3 gives job losses of 3,107 for New Zealand.

The impact of the ban is not limited to the oil and gas sector, the overall spill-over effects on other sectors are also negative. The nominal gross value added by the oil and gas industry to other sectors will decline by between $13 billion and $30 billion, with a medium scenario of $23 billion ($757 million per year over 30 years).

• The reduction in the nominal gross value added by the oil and gas industry to other sectors in Taranaki will be between $12 billion and $29 billion, with a medium scenario of $22 billion ($736 million per year over 30 years).

• CGE is generally accepted as the most robust methodology for assessing the effect of economic shock – such as a drastic reduction in oil and gas exploration – across the wider economy.

• The scenarios used for the modelling are based on the government’s official analysis which is set out in the Regulatory Impact Statement (RIS) which accompanied the Cabinet paper prepared in support of the Crown Minerals (Petroleum) Amendment Bill (which has subsequently been enacted).

Rod Oram has more than 40 years’ experience as an international business journalist. He has worked for various publications in Europe and North America, including the Financial Times of London.

He contributes weekly to Newsroom.co.nz, Radio New Zealand’s Nine to Noon, and to Newstalk ZB. He is a frequent public speaker on deep sustainability, business, economics, innovation, creativity and entrepreneurship, in both NZ and global contexts.

In Citigroup’s annual global journalism awards, Rod was the winner in 2019 in the General Business category in the Australia and NZ region for his columns in Newsroom on Fonterra; and he was the NZ Journalist of the year.

In the 2018 New Zealand Shareholder Association Business Journalism Awards, Rod won the Business Commentary category for his columns in Newsroom.

Rod is in the inaugural cohort of the Edmund Hillary Fellowship, www.ehf.org. This bold programme brings together innovators and investors from here and abroad to help foster global change from Aotearoa-New Zealand.

Rod was a founding trustee and the second chairman of Akina Foundation, which helps social enterprises develop their business models in areas of sustainability. He remains actively involved with the foundation and the ventures it supports.

In 2016, Bridget Williams Books published his most recent book, Three Cities: Seeking Hope in the Anthropocene, details at bwb.co.nz/books/three-cities