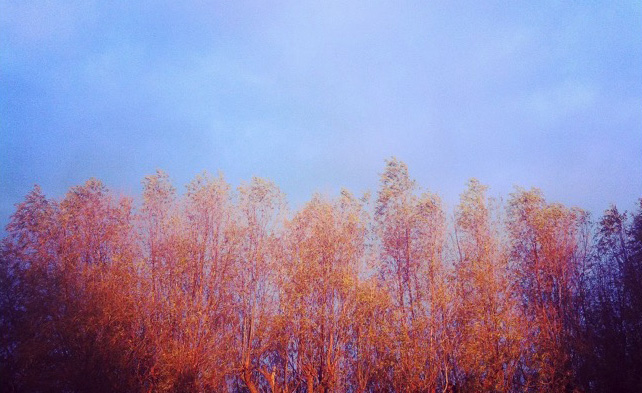 If climate change touches upon everything, then anything can be part of the solution.

That’s worth keeping in mind whenever you’re boggled by the enormity of the climate challenge. It’s also helpful whenever you’re wondering how to get everyone lined up behind the transition to a low-emissions future.

When I wrote the Our Forest Future report earlier this year, I didn’t focus on trees because I thought that tree planting alone could solve anthropogenic global warming. To be clear, climate change is a multi-dimensional problem that demands a multi-dimensional response, with forests being one of many strands.

The reason I focused on trees is that, when it comes to “wicked problems” like climate change, we shouldn’t try to tackle everything at once. Instead, we might break the problem down to it constituent parts, then focus on what we can.

I first gleaned this insight at a talk in 2010 at the Oxford Union. This was the same venue where, in 1985, David Lange established New Zealand as a moral leader in the world – not just a “fast follower” – by railing against the global threat of nuclear weapons. I arrived two and a half decades later to write my doctoral thesis on political decision making, just months after the Copenhagen Climate Change Conference had reached a diplomatic stalemate.

The speaker was Professor Gwyn Prins. He was making the case against the Kyoto Protocol, not because he denied the reality of climate change, but because he denied that one-size-fits-all policy solutions are adequate for wicked problems like climate change. His speech drew on The Hartwell Paper, a report that he had co-authored with thirteen other natural and social scientists. He argued, in essence, that complex problems require complex responses – and he trotted out a metaphor that stuck firmly in my mind:

If one seeks long-lasting impact, the best line of approach may not be head-on. “Lose the object and draw nigh obliquely” is a dictum attributed to the famous eighteenth century English landscape gardener Lancelot “Capability” Brown. Brown’s designs framed the stately home at the entrance, but only briefly. After allowing the visitor a glimpse of his destination, the driveway would veer away to pass circuitously and delightfully through woodland vistas, through broad meadows with carefully staged aperçus of waterfalls and temples, across imposing bridges spanning dammed streams and lakes, before delivering the visitor in a relaxed and amused frame of mind, unexpectedly, right in front of the house. That displays a subtle skill which has manifest political value: the capacity to deliver an ambitious objective harmoniously. “Capability” Brown might be a useful tutor for designers of climate policies. His advice would be to approach the object of emissions reduction via other goals, riding with other constituencies and gathering other benefits.

This final line captures the central message. When we design climate policy, we needn’t try to solve it all in one foul swoop. Rather, we can progress “via other goals” – that is, we can address more manageable, more tractable problems that have a positive impact on climate mitigation and adaptation. By doing this, we appeal to things that people genuinely care about – “riding with other constituencies and gathering other benefits” – while also addressing some element of the wider carbon challenge.

Afforestation is a good example. It is easy to conceive the impacts of trees, far easier than conceiving the impact of the billions of tonnes of invisible and insensible gases that we hoist annually into the atmosphere. Even dedicated climate sceptics will recognise the benefits of tree planting – which include shade, shelter, natural habitat, water quality, land stabilisation, or timber. But no matter what reason a tree was planted for – whether for climate change or some other reason – it will still absorb carbon from our atmosphere. From the perspective of the global climate, a climate sceptic’s tree is as valuable as a climate activist’s.

We also stand to see progress in our lifetimes, to reap the rewards of positive feedback. This year alone, we’ve seen positive developments such as the Trees That Count initiative to boost the number of native trees being planted nationally, or Climate Change Minister Paula Bennett’s acknowledgment that we can spare future generations the costs of purchasing foreign offsets by creating domestic offsets through new forest planting.

This is the spirit of The Hartwell Paper, which argues that the Kyoto logic “needs to be inverted, so as to provide near-term, concrete, politically attractive benefits for near-term investments.” If we eradicate black carbon, we deal not only with a major contributor to global warming, but we also promptly improve the well-being of millions suffering from respiratory diseases. Similarly, if we increase the carbon content of soil, we not only remove it from the atmosphere but also increase horticultural and agricultural productivity. As such, we respond to climate change in spite of ourselves, while also convincing people that a low-emissions world is – in many ways – a better world to live in.

And, let’s face it, when it comes to winning hearts and minds, the climate movement has a mixed record at best.

The United States just nominated a President-elect who tweeted that “[t]he concept of global warming was created for and by the Chinese in order to make U.S. manufacturing non-competitive.” Admittedly, Donald J. Trump has recently adopted a more conciliatory tone, saying that he has “a totally open mind” on climate change. But being open-minded about whether climate change is occurring or not already flies in the face of the weight of empirical evidence and scientific prediction.

But this problem is bigger than Trump. He is, after all, an elected politician. He is where he is because many voters also doubt climate change, or don’t think that it’s so important.

Recent polling found that only 48 per cent of Americans believe that Earth is warming mostly due to human activity. Among the most conservative Republicans, belief in climate change drops to only 15 per cent. Moreover, New Zealand survey results from 2013 don’t fare much better: only 53 per cent of New Zealanders professing to believe in anthropogenic global warming, with 30 per cent undecided.

How did an ostensibly scientific issue become so polarised? In my view, the problem is that people still need reasons to be concerned.

It isn’t enough to bombard people with scientific information. People needs reasons that genuinely speak to their values, aspirations, loyalties and life projects.

Nor is it enough – as the political elite in the UK and US are belatedly discovering – to treat non-believers with carelessness or contempt. If folks hear you say – as Hillary Clinton did in Columbus, Ohio – that “we’re going to put a lot of coal miners and coal companies out of business”, they won’t care what your broader point was. They’ll care only that you’re planning to wreck their livelihoods, all due to something called “climate change”. And they’ll push back.

But if climate change touches everything, then it must touch upon the aspirations of these folk too. Climate advocates need to find new ways to speak – with respect and sincerity – to all kinds of people. It isn’t enough to simply appeal to justice, rights, equality and nature. Tradition, civic duty, security, prosperity, responsibility, purity and sanctity are relevant too. So too are reasons of religion and culture not commonly associated with climate change. Psychologists tend to describe such appeals as “framing”, as if it’s a kind of manipulation. But I think of this as simply taking political diversity seriously, as providing people respectfully with the reasons that speak to them even if those reasons don’t speak to us.

Of course, this won’t solve climate change in itself – but it will create the conditions in which solutions take hold. In our polarised times, that’s worth cultivating. Ultimately, it’s better for us to be arguing over what to do than whether we need to do anything at all.