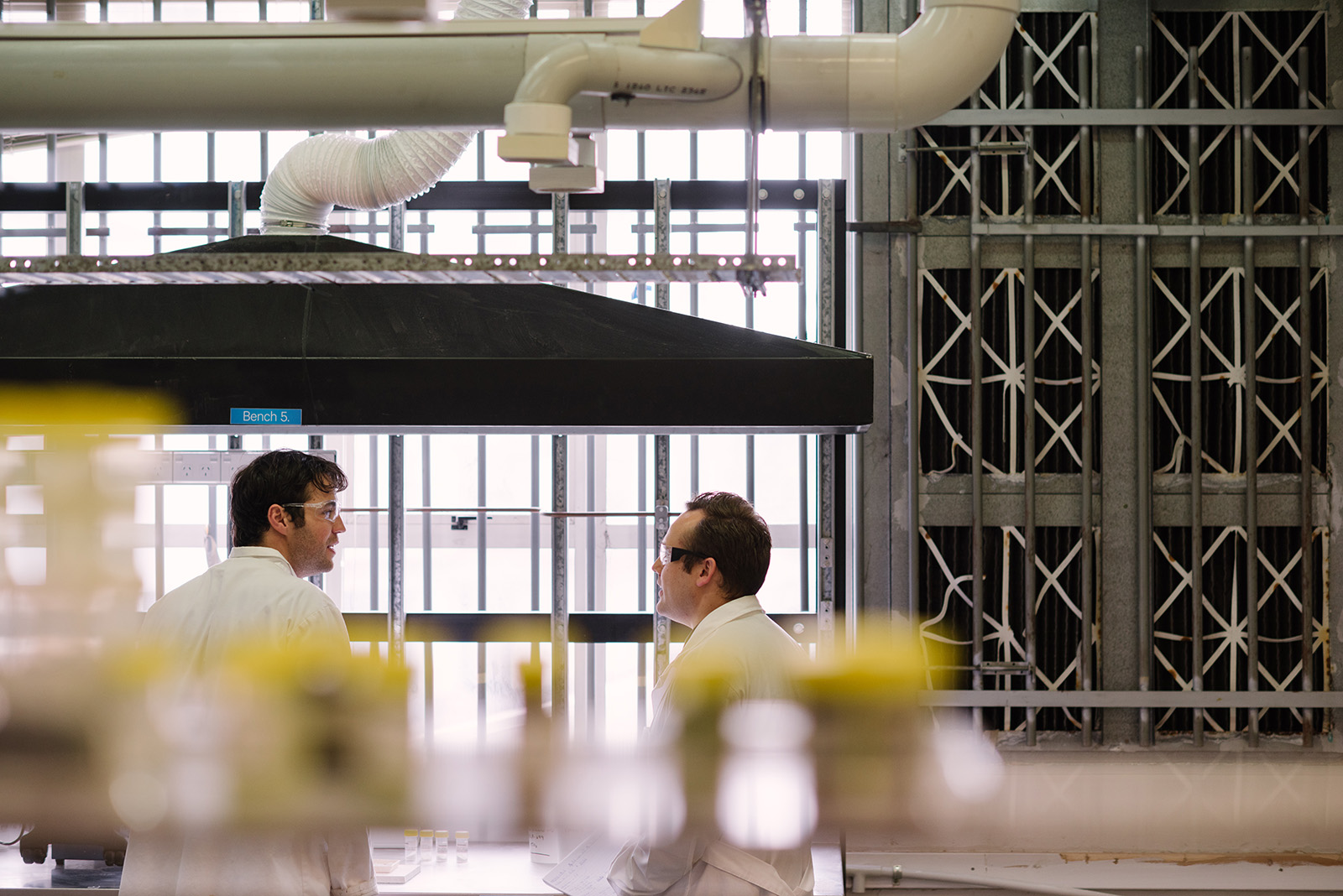 There’s a kind of magic to what Avertana does with waste. Using a novel chemical process, the Auckland-based startup is able to transform the rock-like waste from steel production into valuable minerals used in everything from wallboards to the white paint on a sports car, with no residual waste.

Yet CEO Sean Molloy says the technology itself isn’t the most innovative aspect of Avertana.

“The thing that’s really special about what we do is identifying how to connect waste resources to market needs. We found out where massive waste streams were being stockpiled or actively generated, looked at societal needs, and then joined the dots: what could you possibly make this stuff into?”

It should come as no surprise that Molloy and his co-founders Sherif Ibrahim and James Obern are all ‘alumni’ of Kiwi cleantech company LanzaTech. A mechanical engineer, Molloy had long been interested in technologies that “enable society in more innovative, less environmentally harmful ways”, he says. “At LanzaTech there were so many people motivated to achieve this same goal: it was inspiring. And the benefit of working in such a successful start-up culture is that you get a hands-on education in how to do it.”

The trio began working on the concept behind Avertana in 2012, with LanzaTech co-founder Dr Sean Simpson signing on as the company’s inaugural Independent Director. After analysing the solid waste slag produced by New Zealand Steel, they focused on ‘mining’ it for useful minerals and chemicals used in many everyday products, from paint and building materials to fertiliser.

The key to making the concept fly both environmentally and as a business, he says, was to design for zero waste. The litmus test was societal need. “As an engineer, I see lots of amazing solutions to problems that people don’t actually have. By contrast, if you focus your planning on thinking about what the market needs, the quality of the solution is not the defining factor.”

“We had to look at everything in the waste and to work out a home for every single constituent, so nothing was left over. Because ultimately if we ended up making a product for which there was no market, it wasn’t a viable solution.” 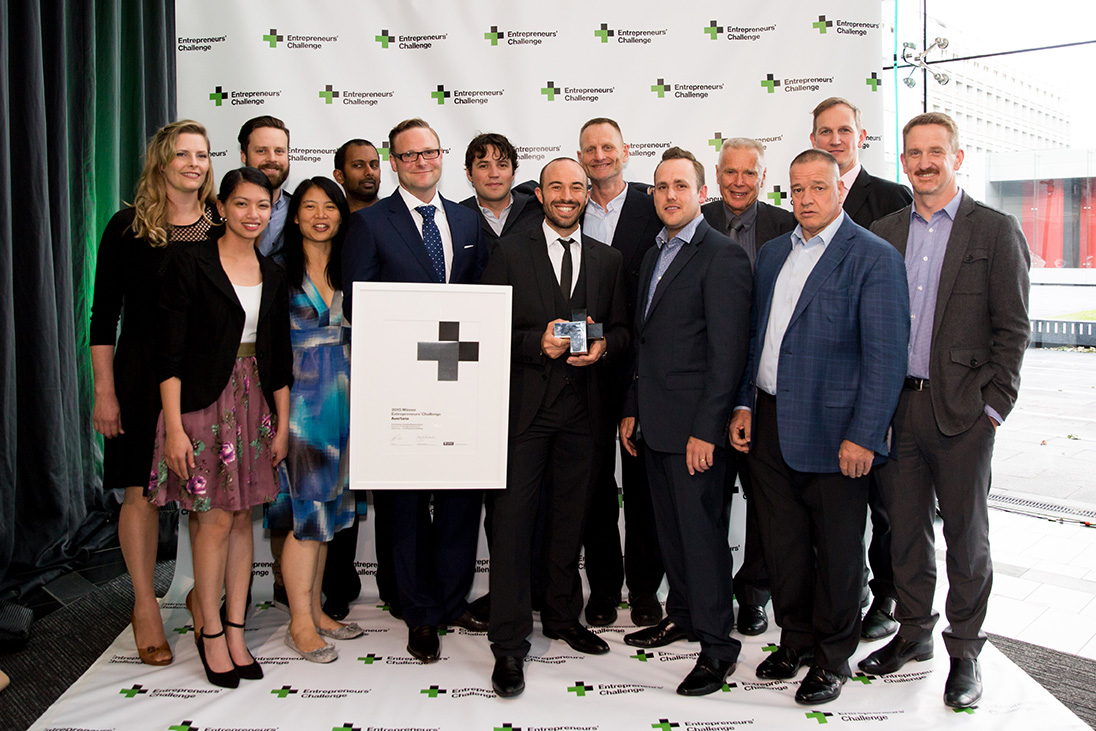 To that end, former merchant banker Obern worked to identify the most likely potential markets for each product stream. In the case of titanium, for example, the medical and aerospace applications markets were contemplated, but quickly discounted.

“James pointed out that there were half a billion people in China moving from the countryside to cities, and that long before they’d need titanium screws they simply needed to paint their houses. Being engineers, Sherif and I were a little disappointed, but he made a good point.”

Eventually they arrived at a shortlist of potential users, all large and mature industries, such as the paint pigment business. “From the beginning we aimed to sell drop-in replacement products, exactly the same in quality and performance to other top-tier products in those markets. The crucial difference is that we do it with an environmental footprint that’s a fraction of the incumbents’ and is also very cost competitive.”

How did Avertana find a way to extract value from piles of industrial waste? Molloy says their approach was to try to create an innovative solution using existing and readily-available process equipment. “We knew from experience that process technology development is a really long and capital intensive path… the idea was not to reinvent the wheel.”

“We basically take the waste slag and make it water soluble,” he continues. “We turn it into liquid, then control the behaviour of all the different metals in that liquid, so that each one crystallises out separately, and we wind up with different mineral and chemical product streams. And it’s the way that we make them crystallise that drives their value. In the case of titanium, for instance, it’s the optical properties that people are buying. This requires a very carefully controlled and demanding type of crystallization, to meet exacting specifications.”

He notes that the business world is growing increasingly conscious of the drag on profitability posed by waste.

“Ultimately, what we’re delivering to the people who want to buy our products is supply chain security. We are talking to leaders in the end-use markets for our products. What they and others recognise is the cost and future commercial risk posed by waste. It differs from market to market, and what you will pay in the future is completely uncertain.

“Our potential customers are saying ‘We don’t know enough to plan for it, but what we can do is look into our supply chain and ensure our suppliers have the smallest environmental footprint possible, so that when those changes occur we will be the least affected.’” 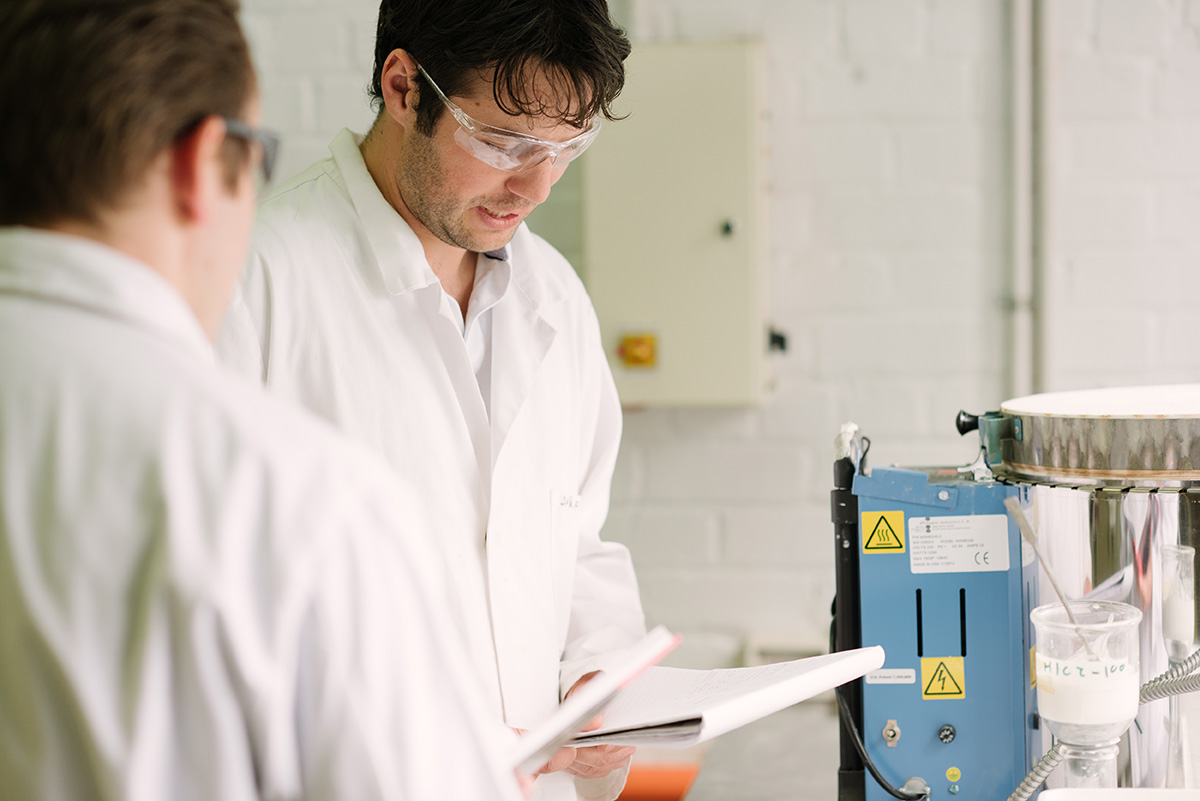 One sure bet for Avertana is that there is an abundance of waste streams to provide the raw material for their process. Molloy says the immediate focus is on a production plant to process waste from New Zealand Steel, but there is also plenty of raw material from steel waste beyond New Zealand, to support future commercial rollout.

What are the next moves? The company is in discussions with “a number of very large consumers and distributors”, he says, with a focus on developing partnerships in New Zealand before going global. “We’ve had great support from the agri-nutrients sector, for example, as well as many potential customers who are helping us to develop products that will meet their needs.”

In terms of rolling out the technology, the company is building a pre-commercial manufacturing plant in Manukau, with a target start date in August, and intends to begin work on a first commercial plant next year, with plans to go live in 2019. Meanwhile, it’s pursuing a parallel project offshore, while also investigating opportunities in Asia Pacific.

There are plenty of believers out there, not to mention high-powered backers. Sir Stephen Tindall and Sir David Levene are cornerstone investors, and in April the company concluded the second tranche of a funding push that raised $7 million, with NZ-Taiwan venture fund GRC SinoGreen joining the Board as a significant investor.

“If everything goes to plan, in the next five years we’ll be a New Zealand-based multinational company, taking this exciting technology to the world and generating a huge amount of benefit from big mountains of waste. That’s pretty cool.” 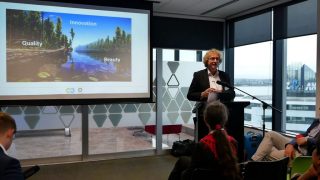 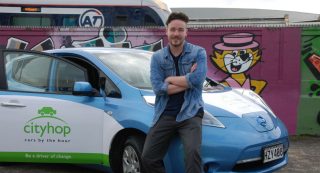 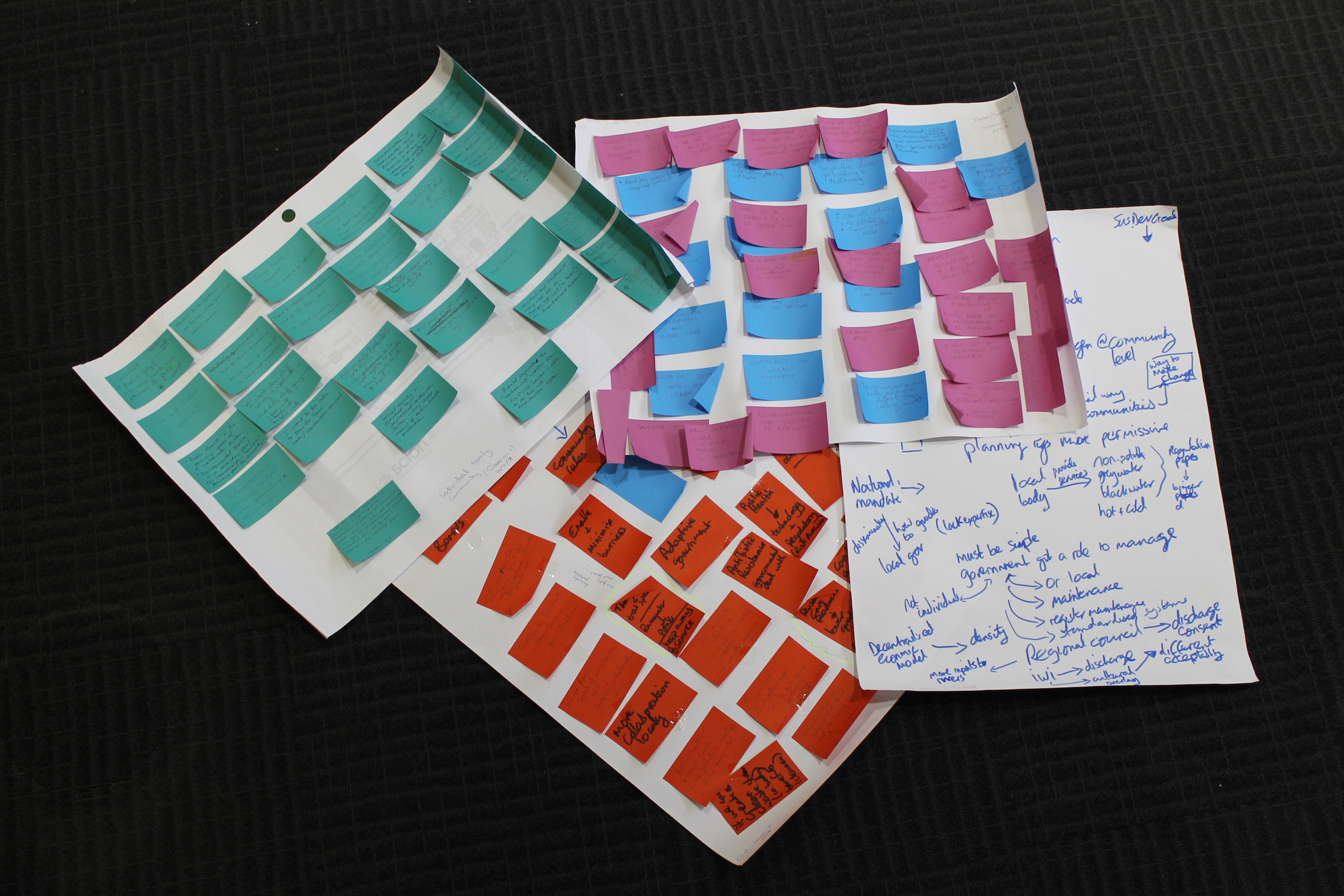 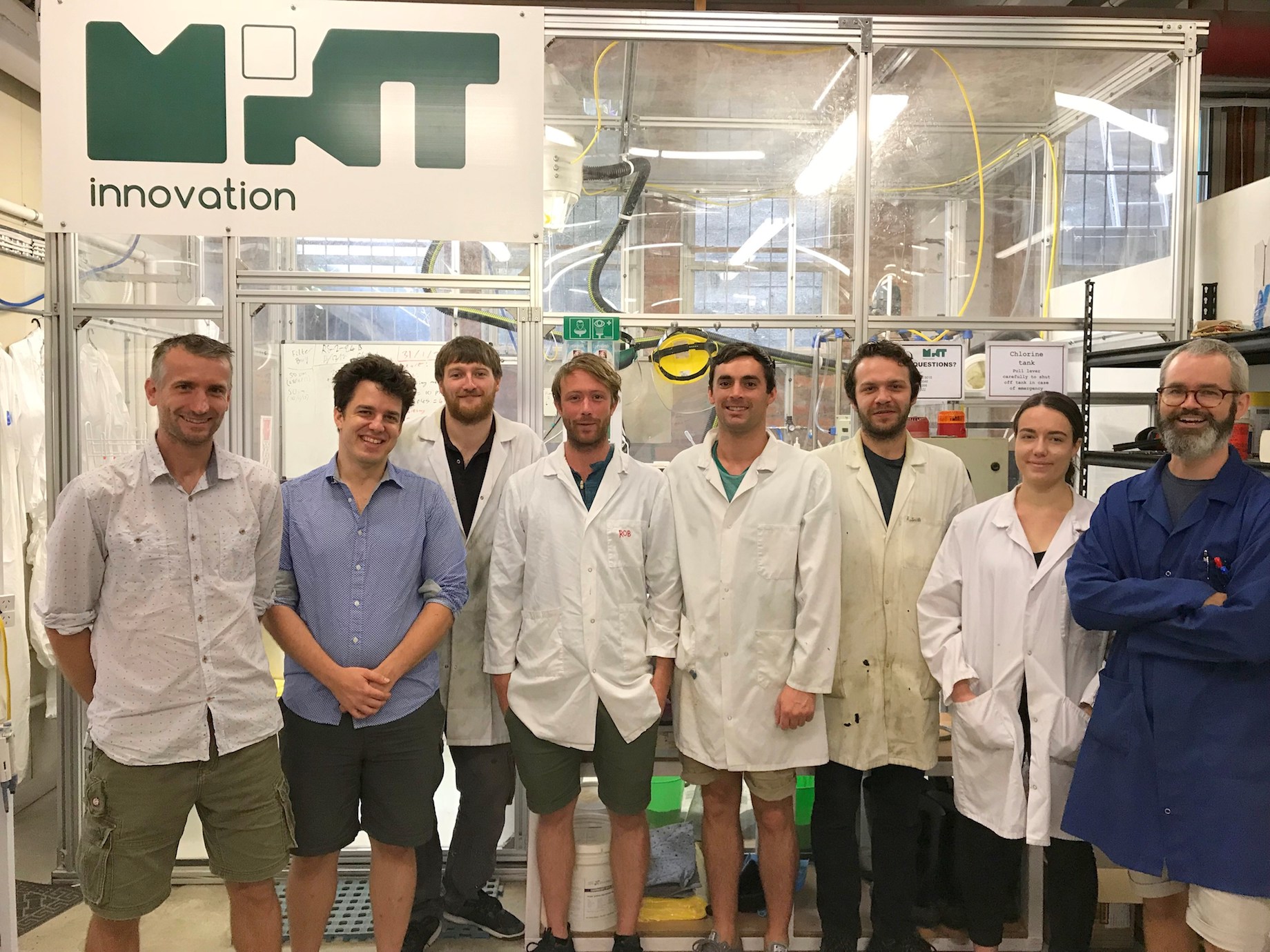