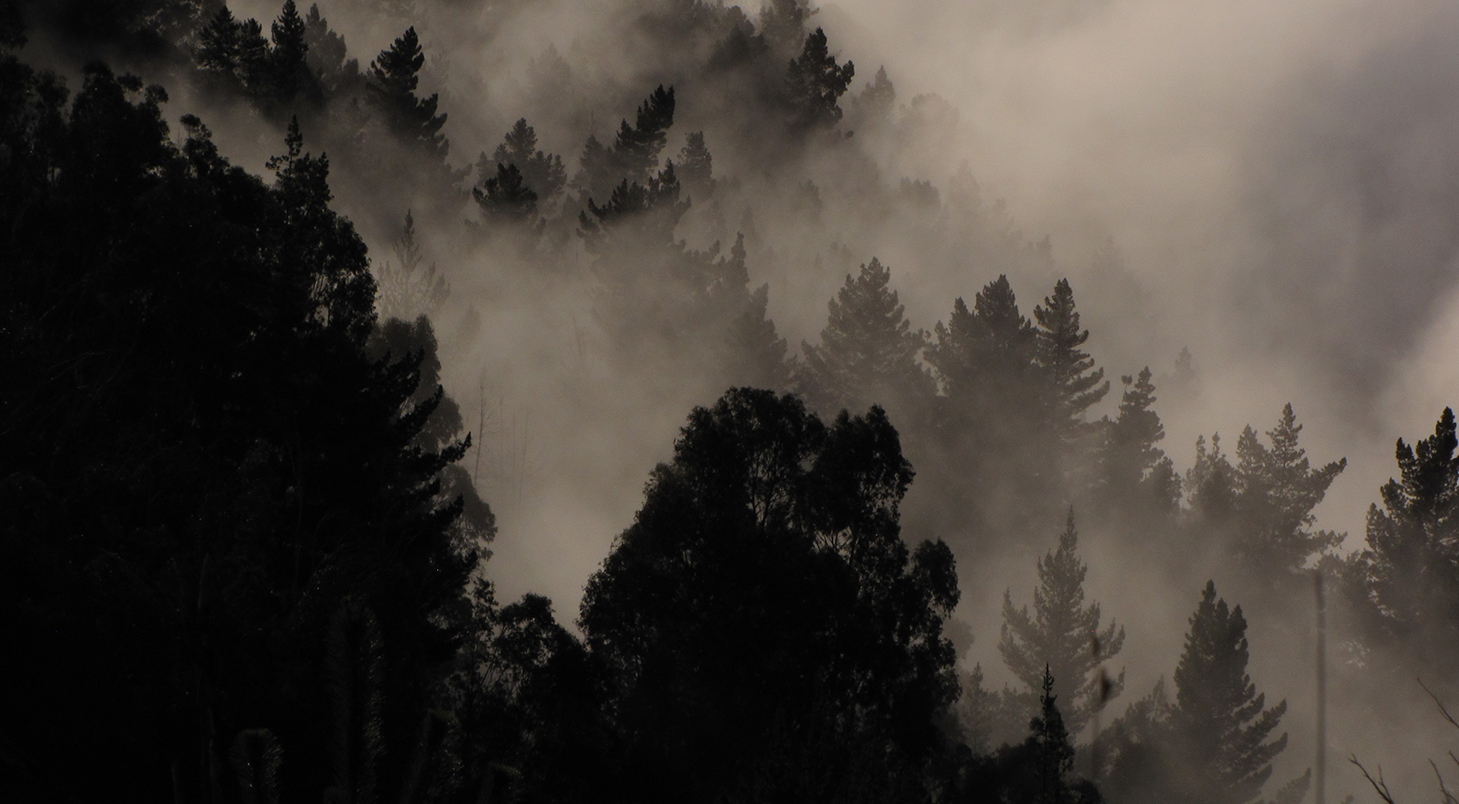 Many people don’t understand how trees “sequester” carbon. Sometimes they think that any forest will do the job.

The reality is that all plants extract carbon out of the air as their basic food source, but they also put carbon back into the air, either directly or indirectly when they decompose. The balance is critical. If they are exporting more carbon than they are absorbing, forests can actually be emitters. And even if they are net absorbers, this will not continue indefinitely. When a forest eventually matures, net absorption will cease, and the vegetation cover will become “carbon neutral”.

The thing about trees is that they contain more above-ground carbon than shorter vegetation like scrub and grasses. You can see and touch the extra biomass in a forest – half of which by weight is carbon – compared to (say) pasture. When you start off with a hillside of pasture or short scrub and convert it to tall trees, you are establishing a type of vegetation with a huge amount more carbon, and in effect, extracting it from the air. One hectare of mature forest may contain four hundred or more tonnes of carbon dioxide equivalent, so that if New Zealand converts 1.3 million hectares of pasture or short scrub to trees, we would remove over half a billion tonnes of carbon from the atmosphere. To put this in perspective, New Zealand’s total emissions have reached about 80 million tonnes per year. In other words, an afforestation programme of this scale would totally offset over six years worth of emissions. Certainly worth doing.

The trouble is, to keep that carbon out of the air forever, the forest must be permanent. It can never be allowed to return to pasture or short scrub. People often get confused when they hear about logging in a plantation forest because the harvested blocks of trees are obviously not a permanent store of carbon. True, the trees are temporary – but the forest is permanent! How is this possible? It is like a river, where a single drop of rain stays for only a few days before moving on, but the river itself remains. In a large production-oriented forested landscape, there are always empty spaces in between the growing trees, but the area as a whole contains more carbon than pasture.

Another way of looking at it is to average the carbon content of each hectare of land over a large number of years, say, over a century. In some years there will be small trees, in other years large trees. In some years, there will no trees at all. But in an average year there will less carbon in the air as a result of the decision to plant trees. There will also be less methane and nitrous oxide because these are powerful greenhouse gases resulting from farming.

Wouldn’t it be better to establish a forest where no trees are ever felled? For example, a native conservation forest? Such a forest could easily average more carbon per hectare than a typical production forest, so the idea is worth careful consideration. But remember a few concepts: it matters little if trees are extracted or die and rot on the forest floor – the balance of carbon in the forest is the same. Outside the forest, however, it does matter: a proportion of harvested wood may be stored for a long time in the form of human structures like housing frames and other durable wood products, thus effectively extending the carbon life of the individual trees. Regarding “selective logging” or “continuous cover forestry”, the atmosphere doesn’t care if trees are extracted as large blocks in one corner of the entire forest or as individuals, one tree at a time, scattered throughout the forest. Provided, of course, that there is the same reduction in overall biomass as a result of harvest.

So what is the best type of forestry on the 1.1 million hectares or more of marginal farmland and scrub in New Zealand? For carbon, we want a robust forest type that retains a high level of carbon per hectare averaged across hundreds of years. To do this, trees should be tall, fat, close together and associated with a lot of non-tree biomass (ground ferns, shrubs, lianas, forest floor litter, etc.). The wood should also have a high basic density; in other words, a high dry weight per unit of volume, indicating a high proportion of carbon. Think untouched native forest.

But if the forest is left entirely for conservation there may be no income other than for carbon credits. Some private landowners may be perfectly happy with this, but others might want a financial return in addition to the carbon revenue. Production forests – conifers or eucalypts, for example – can average relatively high carbon levels despite periodic harvesting. So, for those people, this might be a good compromise. Reliable carbon payments above $15 a tonne (the current price for NZUs is over $17) would certainly skew the way that commercial trees are traditionally grown: longer rotation ages and higher stockings would be favoured, whereas thinning and pruning would be discouraged.

Under a carbon credit system, there is very good advice to be obtained on the most profitable ways to grow radiata pine and Douglas-fir, and to a lesser extent other species such as totara, kauri, eucalypts, redwoods and cypresses. But for other species, and combinations of species, New Zealand is still pioneering, still finding out what works. Rather than policy-makers forming judgement on the best type of forest cover, perhaps it would be best to leave the specifics of the decision-making to the landowners: they know their site conditions and their personal situation better than anyone else.

Back in 2011, investors were very wary of entering the Emissions Trading Scheme in order to gain credits by means of afforestation. They were worried about risk. Under the old accounting methodology whereby forest owners were liable for any annual reduction in the forestry carbon on their land, an unplanned outcome could easily have bankrupted the investor. There are the obvious risks – like wind and fire – and less obvious ones – like price fluctuations and political interference. In the event, the ready availability of cheap Russian “hot air” credits and other politically inspired measures, forced the carbon price down to unsupportable levels. At the time of writing, the price has recovered, but there’s no certainty over the future.

A new proposal – “the averaging approach” – would greatly reduce the risk of forest-owners losing the shirt off their back. The forest-owner would receive a payment up to the level of the long-term average (as discussed above) but there would be no further income or liability after this point. This system would be simple and predictable, and require far fewer costs in terms of measurement and compliance. The downside of this, of course, is that the land would be held under permanent forest cover, whether as conservation forest or production forest that is periodically harvested. Choose to take the land out of trees, for example, by converting it to a golf course or development block for new houses, and the owner must pay the carbon price. By then, the carbon price could have risen tenfold in the time since the credits were first obtained.

Clearly, afforestation is not a decision to be taken lightly. When you convert a block of land to trees and register the carbon gain that has occurred on that land, you have also limited the choices for future generations. But that is exactly what happened when previous generations added all that long-lived carbon dioxide into the air.  We are living in an increasingly constrained world, and to get out of this mess we may be forced to make some tough decisions. Nevertheless, afforestation is one of the cheapest and easiest ways to remove carbon from the air, and New Zealand is extremely fortunate in having so much land on which it can take place.

Piers Maclaren is a retired forestry scientist. He was editor of the New Zealand Journal for Forestry from 2009–2012, worked for many years at the Forest Research Insitute (now Scion), and won the Thomas Kirk Horn Award for forestry in 2006. His publications include The Radiata Pine Growers’ Manual (1993), an industry classic, and The Environmental Effects of Planted Forests in New Zealand (1996). He’s also an early advocate of afforestation for climate change mitigation, publishing Trees in the Greenhouse in 2000. 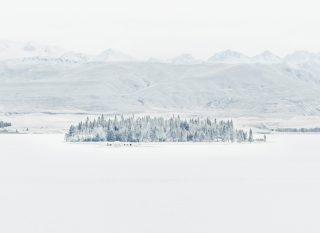