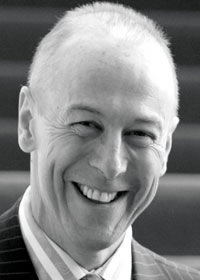 “New Zealand is very well placed to see the increasing impact of climate change as an opportunity, not a threat. As politicians, regulators, trade officials and consumers internationally focus on increased environmental standards as a pre-requisite for market support New Zealand will have to present itself consistently as meeting or beating world expectations of us. As a New Zealander I can see the benefits both for our own living standards and for the appeal of our exports. It’s time to start walking the talk.”

The late Lloyd Morrison was the founder and Executive Chairman of H.R.L Morrison & Co, a specialist infrastructure business. Lloyd was a Director of Infratil, Auckland International Airport, and Fisher Funds and Chairman of Snapper. As a long term supporter of the arts and music in particular, he established the HRL Morrison Music Trust in 1995 to support New Zealand musicians and composers, with a special emphasis on the production and marketing of recordings on the Trust Records label. Lloyd was also a Partner in New Zealand music publisher Promethean Editions.