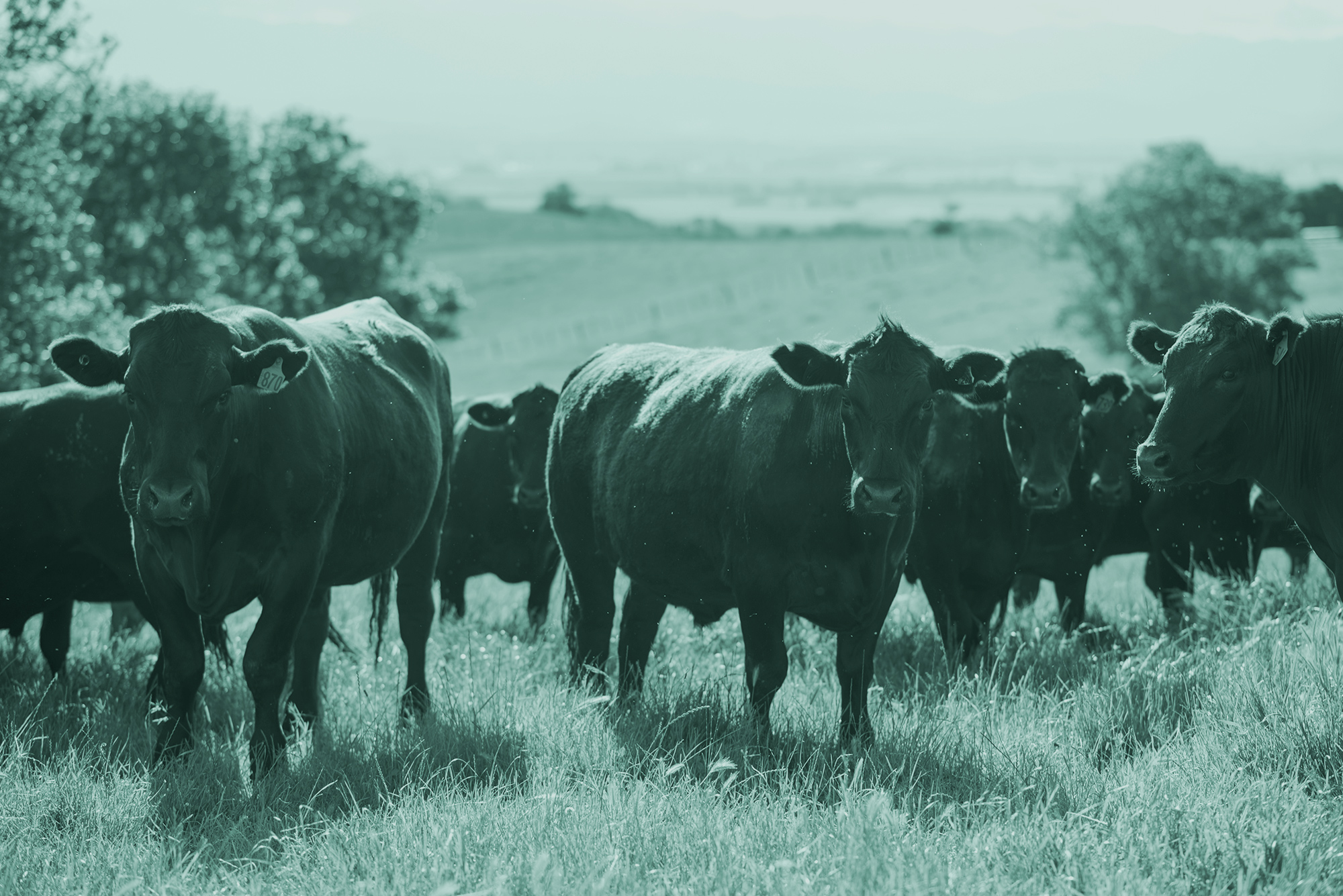 As a member of the Joint Project Committee, Pure Advantage is pleased to be involved in the release of Net Zero New Zealand. The report was authored by London-based Vivid Economics under contract to GLOBE-NZ, a national chapter of GLOBE-International, the worldwide association of parliamentarians working to protect and improve the environment. The analysis included a substantial programme of engagement with stakeholders from government, business and civil society in New Zealand.

Net Zero New Zealand is one of the first attempts to use scenario analysis to help illuminate New Zealand’s long-term low-emission pathways in order to meet the country’s obligations under the Paris Agreement. The report identifies four domestic emission reduction scenarios through 2050 which would position New Zealand to achieve emissions neutrality later in the century. The three elaborated scenarios are: Off Track NZ, Innovative NZ and Resourceful NZ and the fourth scenario, Net Zero 2050 is described at a conceptual level.

There is already a considerable movement internationally towards cleaner energy, something that New Zealand already enjoys, however on the issues that matter to us most we have continued to languish with no plan to identify opportunities let alone meet emission reduction targets. We applaud GLOBE-NZ for providing a platform for the cross-party leadership that this issue requires.

As outlined by the OECD Environmental Performance Review New Zealand’s economic growth model is fast approaching its environmental limits. We can no longer rely on expanding natural resource use to generate increases in GDP. Green growth is the only growth path that allows humanity to develop while at the same time protecting our natural capital.

The Net Zero New Zealand report will go a long way to providing us with a shared base of information and analysis that will enable us to sharpen our informal dialogue, and our formal debate in Government, over the way forward on New Zealand climate policy.

Over the coming weeks, we are releasing a dynamic version of the report alongside analysis by some of our Pure Advantage contributors. We are interested in your feedback and we hope it will stimulate discussion among experts, the private sector, and our local communities to develop practical actions.

Please join us on this journey as we plot a course for a Net Zero New Zealand by 2050.

The Paris Agreement marks a turning point in international climate diplomacy and signifies an intensification of efforts towards a low – emissions future. In November 2016, the Paris Agreement entered into force, having been ratified by nations representing over 55 per cent of total greenhouse gas (GHG) emissions. It sets a global aim to limit warming to below 2°C and to pursue efforts to limit it to 1.5°C. To achieve this aim, the Agreement sets a target for a ‘balance between anthropogenic emissions by sources and removals by sinks of greenhouse gases in the second half of this century’. In looking to meet these goals, developed countries are expected to continue to take the lead in reducing emissions, reflecting the principle of equity and common but differentiated responsibilities and respective capabilities (UNFCCC 2015).

A primer on the science of climate change

Different GHGs have different radiative forcing at different points in time. Some GHGs have relatively high radiative forcing immediately after release to the atmosphere, which then declines over time. These ‘short-lived’ gases include CH4 and various hydrofluorocarbons (HFCs). Other ‘long-lived’ gases have a relatively lower radiative forcing in the short term (and so contribute relatively less to short-term warming impacts), but their persistence in the atmosphere means they contribute substantially more to long-term warming. These include CO2 and N2O.(Myhre et al. 2013)

In order to compare the warming impacts of different gases, international policymakers tend to compare their contribution to temperature change over a 100-year period (their so-called 100-year Global Warming Potential, GWP). This is intended to allow a comparison of the impact of different GHGs. On this basis, for instance, it is estimated that one tonne of CH4 has 25–36 times the radiative forcing of one tonne of CO2 over the 100 years from the point at which they are released to the atmosphere (Myhre et al. 2013; Forsteret al. 2007). However, this 100-year threshold is, from a scientific perspective, arbitrary. In the short term (5–10 years), the temperature impact from one tonne of CH4 will be much greater than 25–36 times that of one tonne of CO2.

This is important if the global community wants to avoid exceeding a particular temperature threshold, perhaps because of the concerns of irreversible damage this might cause. On the other hand, CO2 will persist in the atmosphere for much longer than 100 years, contributing significantly more to additional warming than is factored into these GWP estimates. Nonetheless, 100-year GWP calculations are the basis of the internationally accepted approach to comparing GHGs, and are therefore the approach adopted in this report1.

In its net zero clause, the Paris Agreement does not distinguish between short-lived and long-lived gases; instead it states that the world will reach a ‘balance between anthropogenic emissions by sources and removals by sinks of greenhouse gases’. Because their radiative forcing rapidly declines after they have been emitted to the atmosphere, the precise profile of emissions of short-lived gases that would be consistent with the temperature goals of the Paris Agreement remains an area of scientific inquiry. However, the Agreement text envisages all GHGs being included when aiming for a net zero world.(UN 2015)

This report, commissioned by GLOBE-NZ2, presents one of the first efforts in scenario planning to help New Zealand chart its possible low-emissions pathways across all sectors of its economy.  It identifies a range of potential emissions profiles in 2050 consistent with alternative assumptions about how the New Zealand economy and land-use patterns might evolve; what these scenarios imply for emission reductions between 2014 and 2050; and the extent to which, therefore, the New Zealand economy is on track to meet emissions neutrality in the second half of the twenty-first century (mirroring the global goal articulated in the Paris Agreement). These emission profiles are analysed through the use of an ‘emissions calculator’, an Excel-based tool that calculates the impact of various emission reduction opportunities on emissions, demand for fuels, the size of certain industries, and land- use patterns.3 The resulting scenarios are used to examine the opportunities, strategic decisions and trade-offs associated with a steep reduction in the country’s domestic emissions by the second half of the century.

The scenarios are developed from the existing New Zealand evidence base, complemented by international experience where appropriate.  Drawing from the existing evidence base has advantages and disadvantages. A key drawback is the challenge associated with trying to ensure that the multiple pieces of evidence are combined in a way that is consistent and coherent. However, a key advantage is that it helps reveal which parts of the evidence base are stronger than others, allowing priorities for a future research agenda to emerge.

The work has three specific objectives

1To build a shared understanding of the available data and evidence on abatement, costs and co-benefits associated with reducing emissions in New Zealand, as well as the priorities for new research
2To construct an indicative understanding of alternative 2050 scenarios for New Zealand’s transformation towards a low-emission economy.
3To identify strategic implications, key decisions and challenges faced by New Zealand, including barriers to the attainment of abatement in each sector of the New Zealand economy (recognising that much more detailed policy elaboration will be required in future).

The analysis included a substantial programme of engagement with stakeholders from government, business and civil society in New Zealand. The engagement was structured to provide sources of evidence and to challenge the outcomes of the analysis as they emerged. The report’s authors are indebted to all of these stakeholders who gave their time and expertise so generously.

The outputs of the analysis are provided in two reports; this summary report provides the discussion of the key findings and policy implications. The technical report sets out the technical descriptions of each scenario, the assumptions, and sources.4 In this first report, there are four further sections:

Thanks, you are subscribed.

This report has been compiled by Vivid Economics under contract with GLOBE-NZ, a cross-party group of 35 members, drawn from all parties within the 51st New Zealand Parliament. The report’s authors were Alex Kazaglis, John Ward, Stuart Evans, Paul Sammon and Luke Kemp. The project, funded for GLOBE-NZ by a group of donors within New Zealand, were British High Commission, Mercury Energy, Mills Foundation, Morgan Foundation, Sam Morgan, Rob Morrison, NZ European Union Centres Network, Tindall Foundation, US Embassy, Vector NZ Ltd, Victoria Ransom, Warehouse Group and Z Energy. The authors would like to express their deep gratitude to the very many stakeholders who contributed so generously with their time and expertise. Appreciation is also expressed to Pure Advantage, for its active involvement in the guidance of the project through its membership of the Joint Project Committee. 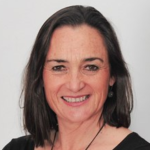 Alison Dewes
Commented on this 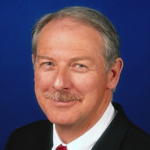 Professor Barry Barton
Commented on this 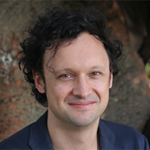 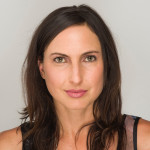 Dr. Rosie Bosworth
Commented on this 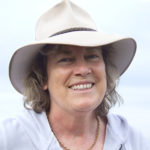 Dr. Christine Jones
Commented on this 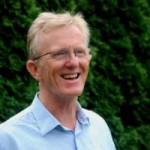 Dr. David Rees
Commented on this 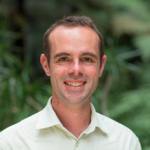 Chris McArthur
Commented on this 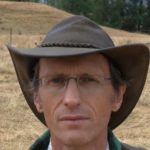 John King
Commented on this 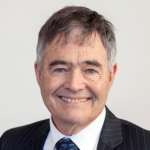 Dave Cull
Commented on this

Lan Pham
Commented on this 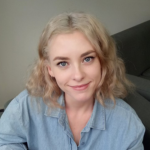 Hannah Muir
Commented on this 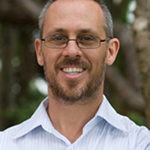 Sean Weaver
Commented on this 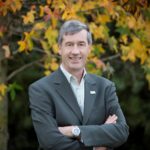 Alistair Davis
Commented on this 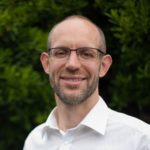 Jake Roos
Commented on this

Heather Mackenzie
Commented on this 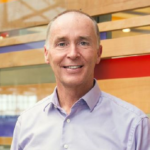 Mike Bennetts
Commented on this 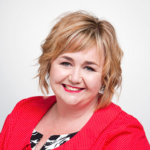 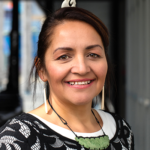 Tracey Martin
Commented on this 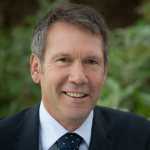 Stuart Smith
Commented on this 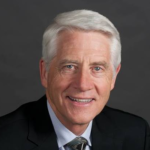 Peter Dunne
Commented on this 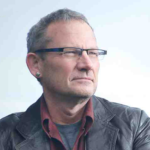 James Renwick
Commented on this

Liane Dalziel
Commented on this

Nick Grayston
Commented on this

Peter Bell
Commented on this